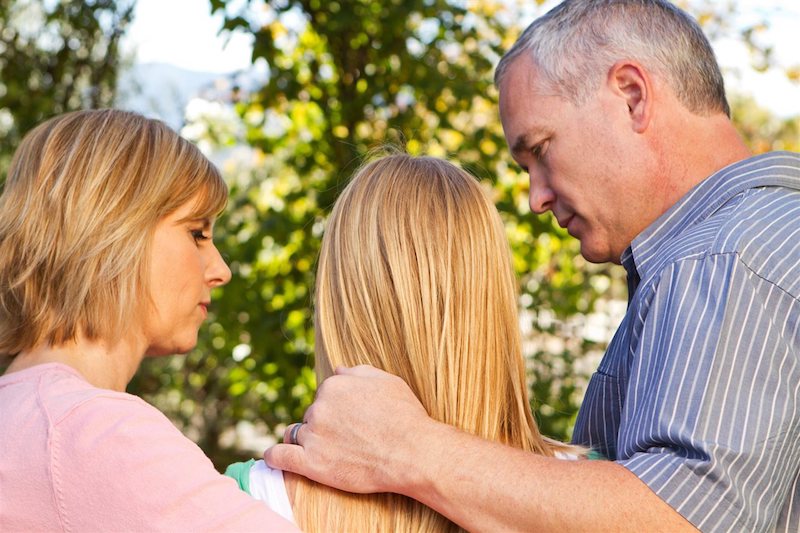 Did you know 192 people die in America every day from drug overdose? That means 192 families lose someone every day. Survivors of people lost to drug addiction share their stories on the Addiction Policy Forum website to increase awareness. What these families learned could help save the life of someone you love.

Families often realize in hindsight that signs were there.

“At first we didn’t see the signs, but we began to notice his moodiness, saying he was doing one thing but finding out later he was doing something else. I wish I had known what to look for,” explains Katie, who lost her brother Zachary when he was just 24.

Moodiness may seem typical for adolescents, but these behaviors can signal addiction. Sudden mood changes, depression or hostility could be signs someone is struggling with substance abuse — at any age. If you suspect something is wrong, seek help.

The earlier someone begins treatment, the better.

“People are told the disease has to ‘run its course’ and to practice ‘tough love’ until they hit rock bottom. Now with fentanyl, rock bottom was a fatal overdose,” shares Justin, who lost her son Aaron at age 20.

Continue support after rehab. While many treatment programs only last weeks, recovery takes much longer.

Karla, mother of Alicia, age 28, shares: “I wish I would’ve known that recovery is not 3 months, 6 months, a year in rehab. When they release someone from rehab, it’s not the end. It’s the very beginning. That’s what happened with Alicia — they released her and she had no plan, and three days later she died.”

Patients with a severe substance use disorder may need a three-to-five-year treatment plan, but most require a lifetime of support.

4. Use all available resources.

Approaches for treating addiction include counseling, support groups, behavioral therapy and medication. Treatment plans depend on the patient’s individual needs, the substances they use and severity of their illness.

“Finding quality treatment takes teamwork. I would recommend anyone who is going through this to find the resources in their towns. Connect with people and organizations that help families provide support to their loved ones and support each other. Organizations such as the Addiction Policy Forum have the tools you need. This would have been so helpful when we were going through it with my brother,” says Katie, who lost her brother Zachary. She also advocates combining many approaches. “When someone has cancer, we don’t choose between chemo and radiation — we layer treatments.”

5. Overdoses are a warning.

Contrary to expectation, people who experience a non-fatal overdose are at heightened risk of fatal overdose.

“After Emmett’s fatal overdose, we found out that he had been seen at the hospital and revived with Narcan at least seven times over the previous year — that is seven missed opportunities to intervene and save our son’s life,” says Aimee, mother of 20-year-old Emmett. “I can only imagine how life would look today if we had been given the opportunity to intervene and address Emmett’s heroin use disorder during those crucial moments.”

Patients saved from a non-fatal overdose may wake up in withdrawal, angry and upset, which can lead to further substance use. Intervention and treatment is needed to prevent further overdoses.

The earlier someone starts using, the greater their chance of developing addictions.

Teenagers are more vulnerable to substances because their brains aren’t fully developed. Parents should model healthy behavior and talk to their children about the dangers of substance abuse.

Don’t wait to get help. If you or someone you love is struggling with substance use, call the Addiction Resource Center helpline 24/7 at 1-833-301-HELP for free, confidential information and support.

You are not alone. Over 20 million people struggle with substance use disorder and nearly half of U.S. adults have a friend or relative who has struggled with substance abuse. Visit www.192aDay.org to read letters from families or share a loved one’s story.

Which Treatments Work for Those Suffering with Addiction?

Do You Know the Dangers in Your Medicine Cabinet?

How Chocolate Milk Can Aid in Replenishing Nutrients for Teen Athletes

7 Techniques For Keeping Your ‘Thought Life’ Healthy And Your Stress...

‘It Impacts Weight, Sleep and Mental Health’: What You Need to...

April 14, 2020
Lake Oconee Health is the region’s only digital health publication. We provide you with meaningful, current information about health and wellness from local and national healthcare professionals. Contact us at the email address below. Or just follow us on our social media channels!
Contact us: hdkart@aol.com

Do You Know the Dangers in Your Medicine Cabinet?

How to Cope with Triggers During a Global Pandemic While Going...

Which Treatments Work for Those Suffering with Addiction?