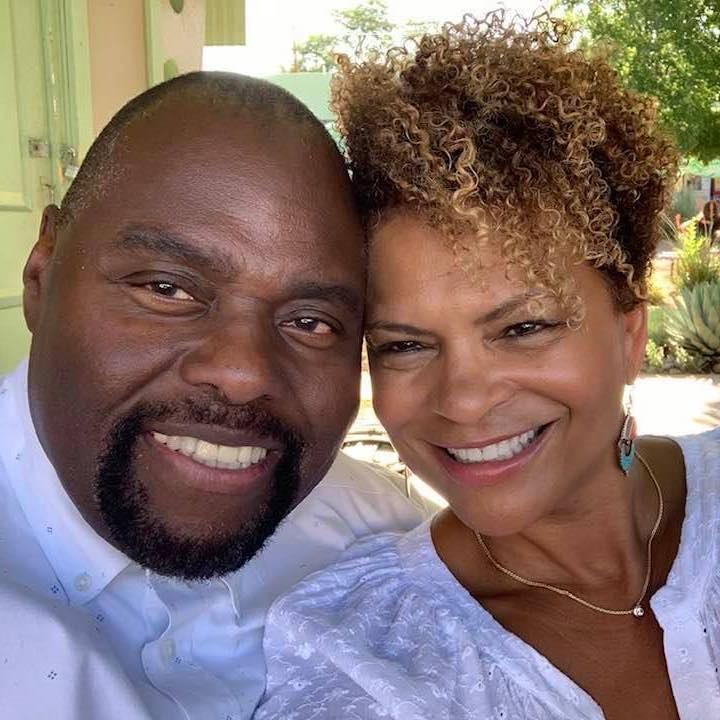 By Dana M. Rosser, author as seen in Mediflix’s More Than What You See

You love who you love.

This was a hard truth to swallow for so many people who saw me with my partner who suffers from obesity, Butch Rosser. It did not matter that he was a nationally-known surgeon, former Hall of Fame college football player, or all around respectful man full of life. Because when it comes to obesity, that is all most people see. But there is more to having a much larger number on the scale than meets the eye.

For one, obesity is not always recognized as the disease that it is. Since 2013, the American Medical Association designated obesity as a disease. It affects 42.8% of middle-age adults, and is closely related to several other chronic diseases, including heart disease, hypertension, type 2 diabetes, sleep apnea, certain cancers, joint diseases, and more. This means, just because someone is obese, does not mean they lack willpower, discipline, and always make bad choices. Butch is a prime example of that as a former athlete and now medical doctor.

In addition to that reality, no one talks about caregiving for a partner who suffers from obesity. I remember struggling trying to find even a smidgen of resources on the topic…but nothing. This led me on a journey of problem-solving, analyzing the issue in order to help others understand the process, along with myself.

I gave a TEDx Talk on it, wrote a book called Thru Thick and Thin: Facing Obesity Thru the Eyes of a Loved One,  and am now featured in the Mediflix documentary on my story with Butch called More Than What You See: An Obesity Journey.

In hopes to continue spreading awareness about obesity through the lens of a partner, here are reasons why caring for a partner who suffers from obesity is more than what you see:

When caring for Butch, constant what ifs with regard to his health haunted me daily. For example: What if he has a heart attack or stroke? What if he falls asleep while driving? I remember sleepless nights worrying about Butch dying in his sleep because of his sleep apnea. With all of these thoughts, I suffered with anxiety.

Witnessing my loved one being mistreated

People are cruel to those who suffer from obesity. Ignorant uninformed people feel like they have the right to dehumanize someone with this struggle. What they don’t know is that every time they do that, they’re breaking the heart of not just that person who struggles, but the supporter.  We as supporters see the stares, laughter and discrimination toward our family member. Trying to console and uplift our loved one after a cruel encounter is really hard for everyone.

I became angry and defensive and very protective of Butch, to the point that I found myself changing.  This happy go lucky girl was mean mugging people, which was totally out of my character.

Anger – At times, I even felt anger at Butch when I would see him eat something not healthy; which in my mind (before I knew obesity was a disease), was adding to our lack of quality of life.

Embarrassment – I was embarrassed by what situations his weight put us in. I remember Butch broke a seat on a plane and ended up in the lap of the person behind him. I felt so sad for my hubby. And while making sure the passenger was ok, plus assisting the flight attendant to help find new seats, I also felt mortified, embarrassed and feeling guilty and ashamed for feeling that way.

Love – I felt so much love for my husband.  I never ever gave him an ultimatum about his weight. He was so much more than that.  He was kind, funny, smart, and an all around good guy, and I knew he loved me unconditionally, and I loved him.

Protective – I was fiercely protective of him. I didn’t want anyone saying anything demeaning or cruel to him. I went above and beyond to make sure the landmines he faces daily were minimized in my presence.

Chairs in restaurants and venues are not designed for those who suffer from severe obesity. Walking short distances was difficult. Playing with our children and helping with their physical activities was very hard (always got winded, sweating). We often decided not to go out and socialize because of these challenges which left me sad, angry and full of guilt for feeling that way.

Traveling always cost us more because we had to purchase two seats or first class just for Butch. The same goes for vehicles – we had to rent bigger vehicles only. We also tried to get handicap rooms or rooms on the first floor. When it came to going out to eat on vacation, I would scout out restaurants that could accommodate Butch’s size (seats without arms, easy to navigate through tables, no booths, etc).

Obesity has detrimental influences on all systems, including reproductive health. This can cause marital issues and frustration for the supporter. NIEHS data suggests that a 20-pound increase in a man’s weight may increase the chance of infertility by about 10 percent. Numerous studies report that women who are overweight or obese tend to have a more difficult time becoming pregnant than normal-weight women. Moreover, once pregnancy occurs, obese women have a higher rate of pregnancy loss.

Losing yourself /Feelings of Loneliness

I began to stop participating in things I love because I was so caught up in taking care of my hubby. I didn’t realize I was becoming reclusive. I did not blame Butch for this at all; it just happened.

When invitation came in the mail from friends, I didn’t accept them because the extra effort of preparation (mentally and physically) it took for Butch to get ready was enormous.

Overall, you never know what someone is going through behind closed doors. When it comes to obesity, do not draw conclusions; practice empathy; treat it like the disease it is; and understand that caring for a partner who suffers from obesity is more than what you see.

Dana M. Rosser is an advocate for obesity awareness via the Mediflix film More Than What You See, and her book, Thru Thick and Thin. Her public speaking engagements and broadcast appearances include The Today Show, The Dr. Oz Show, Good Day Orlando, Tavis Smiley talk radio, Monsters in the Morning (Iheart); and she has given a TEDx Talk.

Exercise: The #1 Way to Boost Your Mental Health

How To Begin Planning Your New Cycling Routine

Done is Better Than Perfect