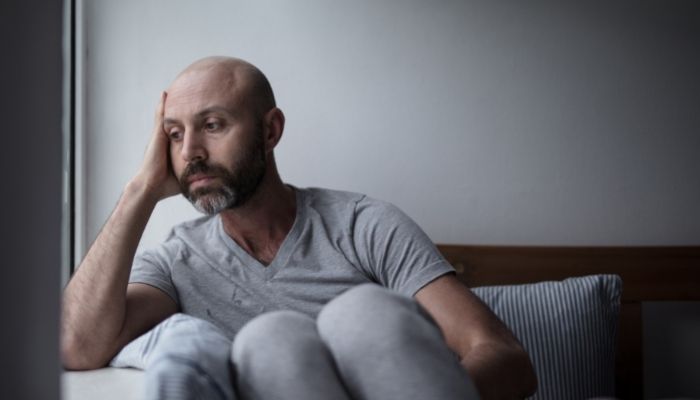 Society places a lot of expectations and pressure on every man, woman, and child to reach an ideal “self” perpetuated by the traits that much of the population considers the best. We’ve made strides in recognizing this issue and taken steps to improve the damage these expectations have done to mental health, but aid for men has fallen behind due to the perception that they’re supposed to be strong and stoic. Let’s shed some light on the common mental health issues men face.

As we mentioned, societal expectations put a lot of pressure on men to be tough, disciplined figures—figures of machismo rather than real humans with emotions that may cause vulnerability. As a result, any behavior outside of what society considers “manly”—which often includes hobbies and interests that are exclusively physically intensive—is often condemned. This can take a toll on the self-esteem of a man who he believes he must hide his emotions. Reduced self-esteem often leads to feelings of doubt and insecurity, which can quickly evolve into anxiety.

Anxiety has been found to plague men with feelings of paranoia and a sense of doom. This often leaves them with a heightened sense of alarm that interferes with their daily lives, whether they’re focusing on work or maintaining relationships. This anxiety can be so obstructing that it sends the sufferer into panic attacks or deprives them of sleep.

Depression is perhaps the most common mental health issue men face. Of course, this isn’t an issue exclusive to men, but there are differences in how depression affects men and women. For men, symptoms of irritation, aggression, angry mood swings, and a loss of control are much more common. These feelings of anger and irritation cause them to lash out more and take greater risks with a disregard for their own safety. As a result, statistics have found that men commit suicide at a far greater rate than women.

Often associated with soldiers returning from war, PTSD (post-traumatic stress disorder) that’s due to other forms of trauma—such as physical or sexual abuse—is often difficult to spot or disregarded entirely. Sufferers of PTSD themselves often don’t realize they have symptoms of PTSD and instead internalize the symptoms and assume there’s something wrong with them. Symptoms of PTSD in men include feelings of isolation, hypervigilance, flashbacks, dissociation, intense emotional outbursts, or simply feeling ashamed of themselves for no apparent reason.

While not a mental health issue itself, a major issue regarding men’s mental health is their reluctance to seek help. The societal expectation of men is for them to feel that they should always be in control, and asking for help would betray that entirely. On the contrary, reaching out and asking for help is all about taking control. It’s recognizing that there’s a problem and then taking the action necessary to solve that issue.

3 Questions for Turning Anxiety into Faith