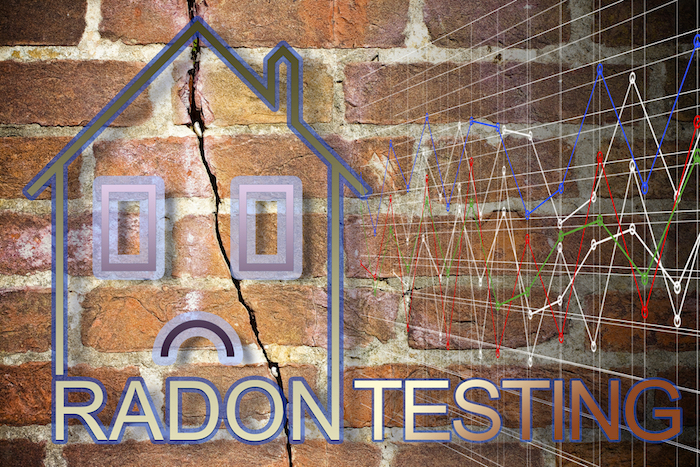 After the carcinogenic gases that harm the lungs due to smoking, radon gas — a naturally occurring radioactive gas that seeps into our homes — is the second leading cause of lung cancer. It annually accounts for approximately 21,000 deaths in the U.S., adding some $10 billion in costs to our healthcare system. Since lung cancer is typically first diagnosed at Stage IV, prevention through radon detection and mitigation is essential. The Environmental Protection Agency (EPA) believes 15% of U.S. homes have radon levels over their 4.0 pCi/L action level.

Traditionally, the radon level in homes has been assessed using plastic chips or activated carbon packets, which are left exposed for weeks, or months, before being sent out for analysis in a certified lab. With regard to these, in 2009, the EPA Inspector General stated the agency, “…has neither the authority nor resources to ensure radon testing devices and testing laboratories are accurate and reliable,” while noting that, a number of additional studies, “…have identified problems with the accuracy of radon testing devices,” as well as, “…problems with the quality of laboratory analyses of radon testing.”

This tells us that for over a decade, the EPA has been aware of multiple issues regarding best practices in consumer radon testing. Fortunately, in recent years, a greater number of consumers have become aware of the dangers associated with radon gas to human health, and have made the decision to test their homes and residences for hazardous levels of radon.

The danger to consumers is that radon levels can fluctuate wildly from day to day. Short-term radon tests can give users either a false sense of alarm or security due to their inability to predict longer-term levels of exposure to radon gas in their homes. According to one study published in 2019 by the University of Calgary, “researchers placed two tests, a short-term (five-day) and long-term (90-day) [radon] test in the same homes,” and conducted these tests both in summer and winter. The study’s findings, “showed the short-term test kits were imprecise up to 99% of the time when compared to a long-term test.”

For consumers, this means that without an accurate and reliable long-term test, hazardous levels of radon gas — which is naturally colorless and odorless — can easily build up within their homes without their knowledge. Furthermore, because of the consistent inaccuracies regarding the sensitivity and other specifications of most short-term radon gas test kits, there has not been a safe alternative to test for heightened levels of the naturally occurring carcinogenic gas in a more condensed time frame.

When consumers decide whether or not to test for radon, commonly overlooked factors include a home’s age, design, and size. Because radon is a naturally occurring carcinogenic gas without color or odor, it can easily rise to levels hazardous to human health in homes with basements, a larger footprint, and in newer homes with tighter more energy-efficient building envelopes and fewer means of ventilation.

As a result of these issues, consumers (particularly those in newer, tighter building envelope homes) should look into more recent detection systems that provide them with continuous electronic monitoring of radon levels, such as those available from Ecosense or AirThings. The former has produced a product offering consumers 30 CPH/pCi/L sensitivity — some 15 times higher than the industry standard required for continuous radon monitors — and comes combined with smartphone app capabilities, Wi-Fi communications, and embedded links to further helpful interpretive resources.

With this higher sensitivity, the Ecosense offerings are able to match the accuracy of research-grade instrumentation and provide users with updated radon level information in as little as 10 minutes, followed by a rolling hourly average every 10 minutes thereafter. This data rate also ensures accuracy through changing conditions, uniquely enabling the consumer to track the impact of simple mitigation steps such as increasing ventilation or opening windows. If radon levels consistently measure near or over EPA action levels, the user can be confident it is time to bring in a radon gas professional.

Aerial Yoga: The Best Tool You Have to De-Stress and Improve Your Health

What Everyone Should Know About Lung Cancer Screening