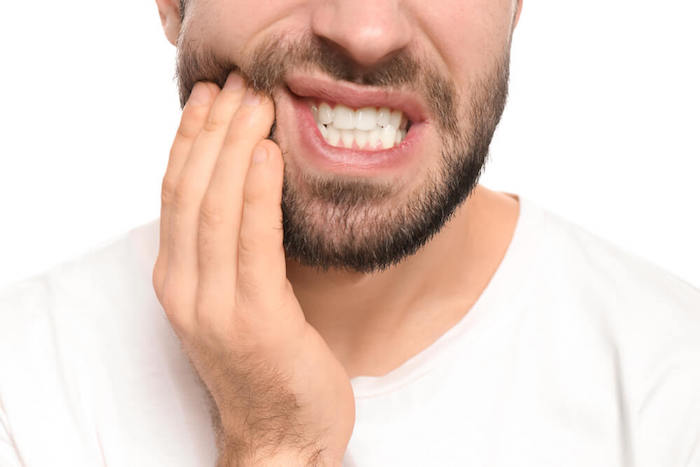 Maybe a tooth broke as you snacked on popcorn. Or perhaps you joined a pickup basketball game and an elbow to the mouth knocked out a tooth completely. Mouth mishaps aren’t that unusual, but how do you know whether such dental predicaments are a minor annoyance or a true emergency?

“In some cases, a couple of days won’t matter and you don’t need to go rushing to your dentist’s office or the emergency room,” says Dr. Jamie Reynolds (www.AskDrReynolds.com), an orthodontist, national and international lecturer, and author of World Class Smiles Made in Detroit.  “But other cases can be serious and you’ll want treatment as quickly as you can get it.” Reynolds offers examples of tooth or gum-related symptoms you might encounter and whether emergency treatment is warranted:

Severe pain with symptoms of infection. An infection can quickly spread, so get treatment immediately, Reynolds says. In the worst-case scenario, he says, this could lead to sepsis, which can be fatal. Symptoms that indicate the infection has spread include fever, rapid breathing, abnormally high or low blood pressure, and/or confusion. Symptoms in the mouth include severe pain, swelling in the gums, swelling in the face, bad breath, and pus or fluids coming from the infected area.

Toothache. Toothaches are no fun. “If the pain is just an annoyance, and you don’t have any other symptoms, you can wait a day or two to see a dentist,” Reynolds says. However, putting off treatment of a sore tooth can lead to serious infection and/or increase the potential need for root canal treatment and tooth loss. If the pain is anything more than mild hot/cold sensitivity, get a dental appointment ASAP.

Soreness from braces. It’s common to experience minor pain after braces have been put on or tightened, and a visit to your dentist or orthodontist shouldn’t be need, Reynolds says. “You should be able to manage the pain at home with ice, dental wax, or an over-the-counter painkiller,” he says.

Tooth knocked out. “If a tooth is knocked out and you want to have any chance of saving it, you need to act immediately,” Reynolds says. The American Association of Endodontists reports that your best bet is to pick up the tooth without touching the exposed root. If the tooth is dirty, rinse it with water only, and place it back in the socket right away. Hold the tooth in place and keep it moist. If you can’t put it back in the socket, keep it between your cheek and gums, or place it in a cup of milk, the association says. You increase the odds of saving the tooth if you can get to a dentist or endodontist’s office within 30 minutes. If that’s not possible, go to the emergency room.

Chipped or broken tooth. If a tooth becomes chipped or broken, but not knocked out entirely, you’re in better shape, Reynolds says. Yes, you will want to see your dentist as soon as you can, but it’s not an emergency. That means get an appointment as soon as possible, but you don’t need to drop everything and rush to the office.

Bleeding in the mouth. If you have uncontrolled mouth bleeding caused by cuts, seek immediate care, Reynolds says. On the other hand, it’s not uncommon to experience minor bleeding caused by inflamed gums, irritated sores, or minor cuts. Assuming the bleeding stops on its own, there’s no need for immediate treatment, he says. But mention the bleeding to your dentist at your next appointment.While these are good guidelines, Reynolds adds this caveat: If you’re uncertain and you can’t get hold of your dentist’s office for advice because it’s after hours, go ahead and seek treatment. “If nothing else, it will give you peace of mind,” he says. “And you may end up saving your tooth or – in the case of a significant infection – even saving your life.”

About Dr. Jamie ReynoldsDr. Jamie Reynolds (www.AskDrReynolds.com) is recognized on an annual basis as one of the top orthodontists in metro Detroit. His book, World Class Smiles Made in Detroit, puts an emphasis on the many benefits of having a great smile. Reynolds – who is a national and international lecturer on high-tech digital orthodontics and practice management – attended the University of Michigan for both his undergrad education and dental studies, and did his orthodontic residency at the University of Detroit-Mercy.

Health Hacks for Living Life to the Fullest

Returning to the Dentist During Covid, What’s Changed?