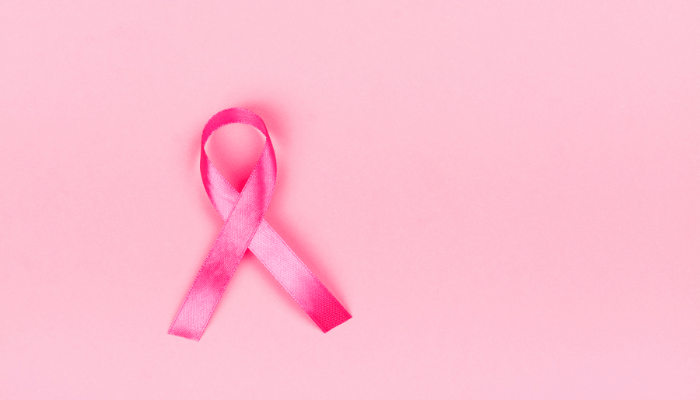 Ovarian cancer is the fifth-leading cause of cancer deaths among women in the United States. According to the American Cancer Society, an estimated 21,410 women will receive a new diagnosis of ovarian cancer in 2021, and about 13,770 women will die from the disease.

As a woman, you are at risk. Let’s discuss the symptoms as well as your risk factors and treatment options for ovarian cancer.

What Are the Symptoms of Ovarian Cancer?

The symptoms of ovarian cancer vary and may include bloating, abdominal pressure or pain, feeling full quickly after eating small amounts of food, frequent urination, constipation or diarrhea. Many of these symptoms are easily mistaken as common digestive issues. However, if these symptoms have persisted for more than two weeks and are new or unusual for you, it’s time to visit a doctor for testing.

Other less common symptoms of ovarian cancer include chronic fatigue, back pain, pain during intercourse and menstrual irregularities.

What Is My Risk of Developing Ovarian Cancer?

Risk factors for ovarian cancer include age, race/ethnicity, family history and genetics. Age-related changes in the ovaries make older women more likely to develop this type of cancer. But while ovarian cancer mainly affects older women (ages 50+), it can happen to any woman at any age.

People with a family history of breast or ovarian cancers are at an increased chance of developing the disease, and women with polycystic ovary syndrome (PCOS) may also be at higher risk.

How Do I Get Tested for Ovarian Cancer?

If you have the signs and/or symptoms of ovarian cancer, your doctor will probably perform a number of tests, including a complete pelvic exam, a transvaginal ultrasound and radiological tests. Some physicians will recommend a CT scan and blood tests as well. Because these tests offer no definitive answers when used individually, the best way for your doctor to make the most accurate diagnosis is by using the different tests in combination with one another.

If a tumor is detected, your doctor may perform laparoscopic surgery to remove some tissue to test for the presence of ovarian cancer and determine the extent of the spread of cancer cells.

What are My Treatment Options for Ovarian Cancer?

During surgery, doctors attempt to remove all visible and detectable tumors. Chemotherapy may then be used to destroy any residual cancer cells that may not have been removed through surgery. Other targeted therapies and drugs like angiogenesis inhibitors may be recommended in conjunction with chemotherapy.

Radiation may be used if the patient is not a good candidate for surgery—or sometimes before or after surgery to improve results.