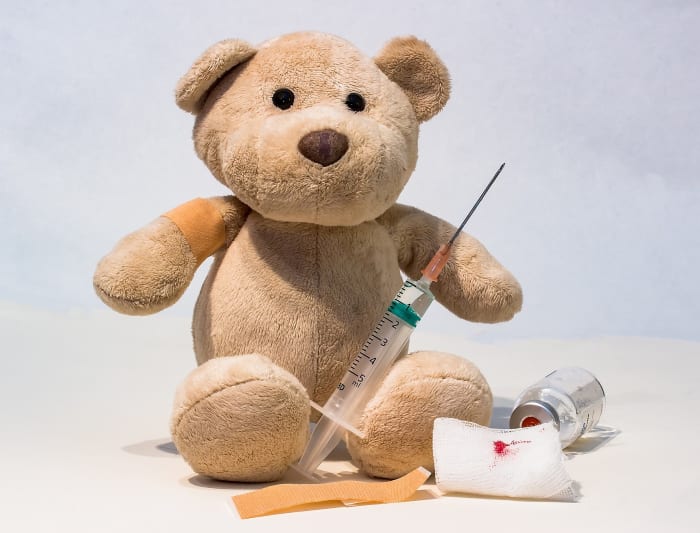 It is natural to dismiss dangers that are rarely seen. That has become our present circumstance with respect to many devastating infectious diseases. Since medicine has made significant progress against its former greatest adversaries, complacent beliefs have flourished. Surprisingly, a new malady has arisen and we are now suffering from a growing amnesia regarding the calamitous effects of infectious disease throughout human history.

For example, smallpox has had a vast impact on human history. Horrific mortality was experienced in the New World in the 1500’s. Prior to the Spanish conquistadors, it was unknown. After its introduction, the majority of the indigenous populations were wiped out leading to the collapse of the Aztec and Incan empires.

In 18th Century Europe, at least 400,000 people died annually from smallpox. One-third of the survivors went blind. Mortality rates went as high as 60% in some communities. Infant mortality was even more frightening, approaching 80% in London during the late 1800s.  Naturally, then, the fight against smallpox is not new. Smallpox inoculation is an ancient technique. It was practiced centuries ago in Africa, India, and China, and in the Ottoman Empire. The ultimate success of smallpox vaccination is credited to Sir Edward Jenner in England. In 1796, he successfully introduced the technique of cowpox vaccination demonstrating its subsequent protective effect against smallpox. Today, due to the effectiveness of world-wide smallpox vaccination programs, that disease has been effectively eradicated from the planet.

However, this is not the case for other consequential infectious diseases. Three years ago, a whooping-cough epidemic swept through California where vaccination rates are steadily lagging. Contrary to any ordinary expectation, it is the most affluent and educated parents who are shunning immunization. The highest concentration is the home ground of the entertainment industry across the wealthy Malibu, Brentwood, and West Hollywood corridor. In these districts, there has been 26 percent increase in the number of parents claiming a Personal Belief Exemption to exclude their children from the vaccination requirements for school-age children. A recently released study in the American Academy of Pediatrics noted that between 2006 and 2013, the number of pediatricians encountering parents who refuse vaccines had substantially increased, from 75 percent to 87 percent. Others are delaying the shots that are supposed to be given on a strict schedule to maximize their effectiveness.

Although many regard vaccination as merely an individual decision, it is decidedly not. It is part of a social contract through which we take into account the needs of others. Whether you or your neighbor are immunized matters to the community. Herd immunity – a means of protecting a whole community from disease by immunizing a critical mass of its populace –  for the few individuals in any population that cannot be vaccinated, is crucial protection. When general vaccination rates decline, there is a consequential loss of this necessary collective immunity. For example, Arizona had two measles outbreaks in the past two years. Dozens were infected and thousands exposed. The culprit in each instance was an under-vaccinated general population.

This new disdain for vaccination is a singular historical aberration. Highly educated people who pride themselves on being informed are instead being misled by social media, which now has subsumed the archaic role of ill-informed ‘village gossip’. The target is a demographic that might pride themselves on being ahead of the curve and otherwise champion social action for issues such as climate change. However, some in this otherwise concerned demographic that feels that they are just too smart to have their own children vaccinated and are complacently ignorant of the health consequences for their larger community. The trend appears to have originated with a fraudulent report in a British medical journal linking vaccination with autism. This report was subsequently revealed to have been based on fraudulent research and was retracted by the scientific journal. Nonetheless, the damage was done and it has gained currency by ill-informed repetition.

The contemporary decline in vaccination rates is an example of hard-won knowledge cast aside. It has become a modern amnesia that will surely be short-lived. The next outbreak of a preventable infectious disease with its incumbent tragedies is always lurking. Fortunately, there is a solution. There needs to be a concerted program to recover our eroded memories by familiarizing those who mistake our present moment for a permanent condition with the bitter lessons of history.

Dr. Bill Miller has been a physician in academic and private practice for over 30 years. He is the author of The Microcosm Within: Evolution and Extinction in the Hologenome. He currently serves as a scientific advisor to OmniBiome Therapeutics, a pioneering company in discovering and developing solutions to problems in human fertility and health through management of the human microbiome. For more information, www.themicrocosmwithin.com.