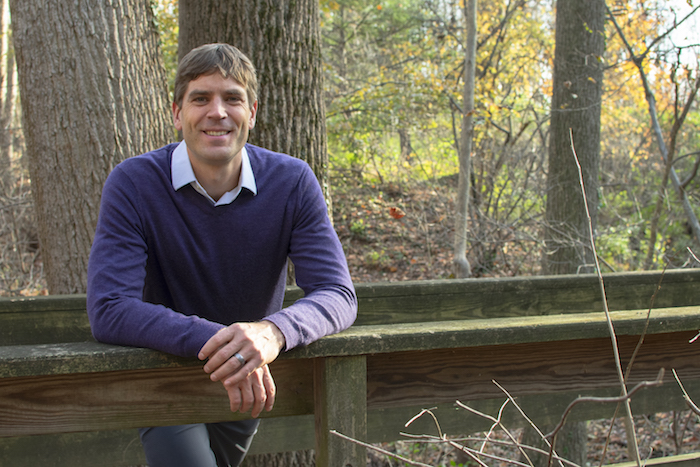 Parks, camping and anywhere the great outdoors can take us are popular places to be in 2020, as we all continue to cautiously navigate this new pandemic lifestyle of avoiding indoor spaces and keeping a 6-feet distance. But let’s not forget about another annual summertime threat to your health that thrives in wooded and grassy areas, known as the “great masquerader,” called Lyme disease.

The CDC estimates that more than 300,000 people are diagnosed with Lyme disease each year in the United States. Of these infections, an unknown number will result in a chronic, difficult-to-treat illness. With everyone’s heightened awareness of COVID-19 symptoms, Lyme disease could really sneak up on us this year and result in a tragically delayed diagnosis becauseit can present itself with the symptoms of other diseases—including the flu. One of the biggest problems with Lyme disease is that more than 70% of diagnostic tests come back negative – even if someone has Lyme. So, people often go untreated for years, until the Lyme disease symptoms get so bad that they can even be debilitating.

How Lyme Disease Is Contracted

Lyme disease affects all age groups, with particularly high occurrences among children, especially ages 5-14, and adults 45-64. Our previous understanding was that Lyme was transmitted exclusively through tick bites. However, now we suspect that Lyme and other microorganisms can potentially be transmitted through sexual intercourse, breast milk, mosquito bites, fleabites and blood transfusions. Lyme disease can even be transmitted to an unborn baby in utero, although babies born with Lyme disease often don’t show symptoms until puberty, later in adulthood, or not at all.

Signs and Symptoms of Lyme Disease

Lyme disease is a bacterial disease that usually presents itself in its early stages with flu-like symptoms such as sore throat, headaches, chills, fatigue and fever. If it’s not caught and treated early, Lyme disease symptoms can progress to include muscle aches, cognitive dysfunction, neurological complaints, migratory joint pain and generalized chronic fatigue. In fact, Lyme disease can mimic more than 300 diseases. Patients can walk into a doctor’s office with symptoms of multiple sclerosis (MS), or worse, amyotrophic lateral sclerosis (ALS), and actually have Lyme disease. Others could have headache, joint or muscle pain, heart problems or cognitive issues, and actually have Lyme disease.

If you happen to find a tick attachment, you will want to remove it as soon as possible. Be sure to call your doctor, who will likely advise you to save the tick after removal so that the tick can later be identified as the type that may carry Lyme disease. It can also be tested for associated co-infections. Not all tick bites cause Lyme disease. You can put the tick in a sealed container to preserve it. It’s recommended to not use petroleum jelly or a lit match to kill a tick as these tactics will not help with tick removal.

If you think you may have Lyme disease but have never identified an attached tick, diagnosis is based on four parameters: patient history and exposure; symptoms; lab work; and physical exam findings. Determining whether Lyme disease is affecting someone is truly based on a clinical diagnosis, which means that a positive test for Lyme disease is not necessary if other factors point in the direction of Lyme. For example, if a patient reports a tick attachment and they develop signs and symptoms consistent with Lyme infection that is not explained with other diagnoses, then Lyme should be strongly considered. If you have unresolved symptoms, such as muscle aches and chronic fatigue that aren’t responding to standard treatments, testing for Lyme disease should be considered. The same is true if you have atypical cardiovascular symptoms that could be signs of Lyme disease such as passing out, dizziness, lightheadedness, chest pain that’s sharp when breathing or profound symptoms of shortness of breath or fatigue. In fact, Lyme disease should be considered any time a person is ill with unexplained symptoms that are non-responsive to treatment.

If you suspect that you have Lyme disease, ask your doctor to conduct a blood enzyme immunoassay (EIA) or blood immunofluorescence assay (IFA). If either test comes back positive, your doctor can request a Western blot test. The problem, though, is that the majority of these tests can produce a false negative even if Lyme disease is present. In fact, there’s a 65% sensitivity with the EIA test, which is quite low. Fortunately, there are health professionals who are Lyme disease specialists who can quickly recognize Lyme disease symptoms.

Lyme literate doctors (LLND, LLMD) are specialists in treating complex chronic disease. The International Lyme and Associated Diseases Society is a well-recognized organization that can help guide you to find a Lyme disease specialist in your area.

You want to seek a doctor that combines the best of both conventional and alternative medicine. Killing the microorganisms with pharmaceutical or herbal antibiotics is only one piece of the healing puzzle when it comes to Lyme disease treatment. Maximizing detoxification pathways and using targeted immune supportive therapies help people recover faster. If you identify a tick attachment and develop a bull’s eye rash, a four-week course of antibiotics is generally enough to eliminate the infection. However, if you’ve been infected with Lyme disease and other infectious organisms (co-infections) for a long time, which is the majority of Lyme patients, treatment for Lyme disease can take anywhere from 6 months to 2 years – sometimes for longer. Some patients, however, begin to feel better immediately after beginning treatment.

Be Proactive in Protecting Against Ticks

Though Lyme disease cases have been reported in nearly every state, cases reported by the CDC are from the infected person’s county of residence, not the place where they were infected, so travel plays an important factor in Lyme disease transmission. You are not immune from it just based on the state in which you reside. Awareness and being proactive is critical to the prevention of Lyme disease. Always regularly check your body, clothing and pets for ticks after being outdoors, even in your own yard. If you have been in a tick endemic area, place clothes into a dryer on high heat to help kill any ticks that may have climbed on your clothes. If you experience an unexpected summer fever or odd rash, contact your healthcare provider as this may be the first signs of Lyme disease, especially if you’ve been exposed to a tick endemic region. Create tick-safe zones in your own yard by keeping patios, play areas and playground equipment away from shrubs, bushes and other vegetation. Routinely remove leaves; clear tall grasses and brush around your home; and place wood chips or gravel between lawns and wooded areas to keep ticks away from recreational areas and distant from you and your family. Since deer are the main food source of adult ticks, keep them away from your home by removing their favorite plants like red clover, chicory, orchard grass and certain high-protein foods like peas, soybeans, turnips, alfalfa, sorghum, kale, corn, chestnuts and acorns. Constructing barriers, like a fence, will also discourage deer from entering your yard and bringing ticks with them. ​

Dr. Drew Sinatra is a board-certified and California-licensed practicing naturopathic doctor who holds a Doctorate in Naturopathic Medicine from Bastyr University, America’s top naturopathic and integrative medical school. As a self-described “health detective,” he works with patients on “health care” rather than “disease care” at his practice, the CLEAR Center of Health, in Northern California. As one of the country’s leading naturopathic physicians, Sinatra’s areas of expertise include digestive disorders, autoimmune disease, hormonal balance, fatigue, mold and mycotoxin illness, and complex chronic disease. Sinatra is a member of the California Naturopathic Doctors Association (CNDA), American College of Nutrition (ACN) and American Association of Naturopathic Physicians (AANP). He is an author, speaker and adviser for the research and development of clean and plant-based nutritional supplements with Healthy Directions.