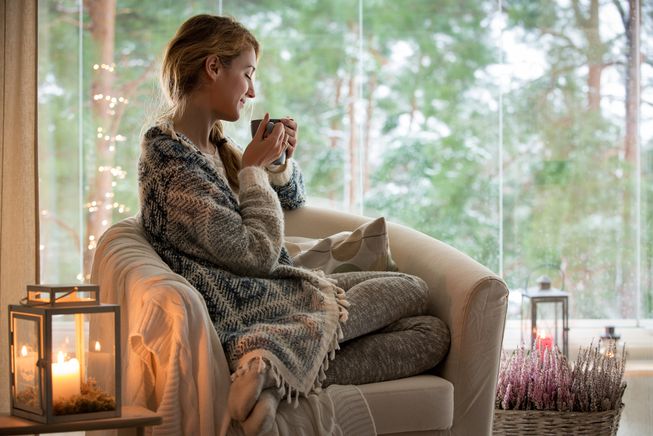 Anxiety disorders are the most common mental health condition in the United States affecting over 40 million adults ages 18 and older. But while highly treatable, only 36.9% of sufferers actually seek treatment. That means almost 20% of the US population is struggling, and only one in three people are comfortable asking for help. Why?

With the advent of online treatment providers like BetterHelp, which matches you with therapists for virtual visits, and online coaching, finding treatment has never been easier.

So why are the numbers not rising and how can we change that?

I think we are stuck in a stigma quagmire that must be examined and eradicated as a public health emergency and priority.

I recently suffered major injuries to my LCL and ACL, which are ligaments in the knee that heal very differently. The LCL has sufficient blood flow to heal itself over time while the ACL has little blood flow and will not heal on its own. That requires additional help. So I had a decision to make when diagnosed. My body was broken and needed help in order to be whole again. If I refused that help—surgery to replace my ACL—my physical abilities would be compromised for the rest of my life. Similarly, not all mental illness is terminal, but left untreated, it can be debilitating.

Just this morning I looked at my leg outside of my knee brace and found it to be completely unrecognizable. I stared hard at its “brokenness” and had only compassion and gratitude. I wanted to take the best care of it and asked for help freely, which others happily provided.

I only wish I’d felt the same when I’d looked in the mirror, consumed with anxiety, panic, even dissociation, and felt similarly unrecognizable. I was ashamed of what I saw and paralyzed when considering how to verbalize my brokenness and ask for help.

When I asked my surgeon if my knee would ever look the same, he replied “Don’t worry. Your knee is under there. This swelling is normal and will go down, and you’ll find your knee again. It just takes some time and therapy.”

Hmm. No one ever said that to me when I was sitting on the therapy couch. “Don’t worry. Anxiety and depression are normal, especially at your age. You are still in there, underneath it all. It will just take some time and therapy.”

On my last visit to my surgeon, he explained that I was still in the period of “regrowth,” when my body uses the cadaver ACL as scaffolding to build a new ACL around it. That fascinated me. I thought the cadaver ACL was it. But the magic was happening as I sat there because I had given my body the help it needed to heal and become whole again.

And I had scaffolding of sorts all around me, again, because I wasn’t ashamed of my injury but rather open to asking for and accepting the help I needed. I welcomed people opening doors, sliding extra chairs under my leg, and wishing me a speedy recovery. They were providing the support I needed until I could do things myself.

Looking back on my years of mental illness, my experience was completely different. Standing in front of that mirror, I’d felt no compassion for myself, only fear. How did this happen? How would I find my way out? In that moment, I abandoned myself and adopted the societal stigma that I’d been taught. A stigma that works against us rather than for us. We abandon our voice, our well-being, our deep knowing that something is wrong, and we need help.

So instead of reaching out, I isolated myself. Instead of using my energy to heal, I used it to hide, ashamed of what I’d become. Instead of breaking down and exposing my broken pieces, I tried, with white knuckles, to measure up and hide my cracks with perfectionism and achievements.

We are not born believing we shouldn’t talk about our uncomfortable and scary thoughts, feelings and emotions. We are taught this when we hear words that don’t match what we see so clearly and feel so deeply. Like “everything’s fine,” when it so obviously and painfully is not. Or when we are specifically told to “get over it,” “suck it up,” and “move on.” It’s a stark contrast to being taught that the slightest cut on our finger deserves kisses and a Band-Aid, even in the absence of blood. Just because you can’t see it, doesn’t mean it doesn’t hurt. Just because you can’t relate to the disorder doesn’t mean they aren’t suffering.

Here are three ways we can start chipping away at this seemingly impermeable stigma surrounding mental health:

· Empathy—It’s hard for people to sympathize with what they’ve never felt. We can increase empathy in those who’ve never experienced mental health issues by encouraging sufferers to tell their stories. Give them a platform and a microphone and listen without judgment or consequences, only curiosity and compassion.

· Education – It’s hard for people to believe what they can’t see. Educating all of us on the various mental illnesses will bring a better understanding of them, which is a crucial component to incorporating the social scaffolding we need to support those who are struggling.

· Empowerment – It’s hard for people to approach a situation in which they feel helpless, which is not a motivating emotion. But giving them tools and techniques to help can not only empower them, but help build a connection between someone struggling and someone on the outside looking in. It can bridge that chasm that feels insurmountable to someone struggling.

If we make these goals a priority, we can create an environment that provides the same support and safe space to our friends and family struggling with mental health issues as we do when they suffer a fractured arm or receive a devastating diagnosis.

Wendy Tamis Robbins, author of The Box: An Invitation to Freedom from Anxiety, is also a speaker, coach and corporate attorney. Despite her debilitating anxiety disorders, she worked her way through Dartmouth College and law school before, in her 30s, she set her mind to overcoming the anxiety and panic attacks that increasingly limited her life. She finally found that hard-fought freedom a decade later and chronicled that journey in The Box. Learn more at www.WendyTamisRobbins.com.

Make Safety a Priority With a Storm and Disaster Preparedness Plan