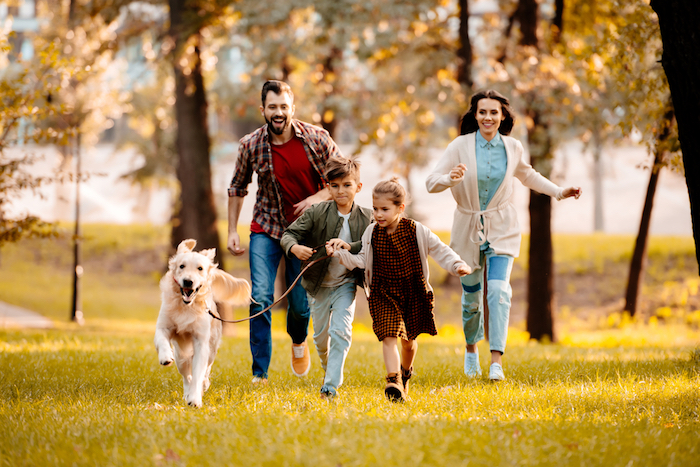 Whether you call them stepfamilies, blended families, or simply modern families, it’s clear that diversity is increasingly the norm when it comes to family arrangements. The Pew Research Center reports that for 40% of U.S. families, at least one partner has a child from a previous relationship, far different from the mid-1970s when my widowed dad married my stepmother.

However, just because stepfamilies are more common doesn’t mean the experience has become easier for kids. Unlike couples entering their first marriages together, subsequent marriages that already include children must merge whole casts of characters, each with their own established narratives. My memoir, The Art of Reassembly, recounts how I wish my parents had realized this.

For a stepfamily to work, there is no one right script for success. The process is improvisational. In fact, stepparents could take a few cues from improv performers. Improv is a type of live theatre in which the plot, characters, and dialogue are made up in the moment, often prompted by input from the audience or another source.  These performers must be motivated, adaptable, and creative, all traits that would serve you well as a stepparent. With this approach in mind, here are five tips for fostering a healthy stepfamily.

Accept That Loss is Present

Though marriage is a joyful celebration, when it comes to forming a stepfamily, a major loss lurks somewhere in the background. The couple can marry because a person died, or a relationship ended. No matter how distant or close in time this event occurred, you can be sure it remains impactful for children at any age.

My dad presented his remarriage as giving us a new mother, effectively putting the past behind us. As a child, I had no choice but to accept this framing of our situation. Much later, in adulthood, I felt sad and confused, as well as angry at my dad and stepmother for erasing my mom in this way. For children of divorce, navigating relationships is even more complex. From the start, accepting loss as foundational to your new family creates a realistic mindset.

Inevitably, clashes occur as you merge your families. In addition to underlying loss, people have different traditions, habits, and even schedules for being in the home depending on custody arrangements. These adjustments are hard for anyone, and especially so for kids. They may exhibit outbursts and resistance or more subtle reactions. For example, extremely good behavior can mask distress in young children. In my growing up, difficult emotions were not expressed. I resented additional chores that my stepmother assigned. When she began using items that had belonged to my mom, I stiffened with unspoken pain and sorrow. Gentle invitations from my dad or stepmother to talk about how things were going, whether over dinner or while driving in the car or just sitting around the family room, would have helped me cope with the transitions.

Rather than the typical family tree, stepfamilies create a widening web of relationships. After my dad remarried, we still saw my mom’s relatives but not nearly as often and seldom all together. We would have solo gatherings with my grandparents at Christmas. Although my stepmother’s family embraced us warmly, as an adult I wished my siblings and I could have spent more time with our maternal cousins, even if my dad had not attended. Such issues of loyalty are more pronounced in divorce situations. Ask your children what they want and respect their wishes.

As divorce became part of our family in my generation, I wanted to balance inclusion with respect for separate identities. When my stepmother asked me if she should include my brother’s new teenage stepson in her cash gifts at Christmas, I said “yes” right away. Since he was choosing to be with us for the holiday, treat him like everyone else.

The complexities of the past need not prevent stepfamilies from growing together. The key is to let it emerge in its own time and its own way, rather than forcing anything. Little things may be most meaningful. I have fond memories of baking cookies with my stepmother, shopping for school clothes together, and going on excursions with her and my younger (half) brother. On our birthdays, we chose the dinner menu and type of cake. These ordinary activities, repeated over the years, created a familiar, reassuring pattern that I enjoyed.

Actor and comedian Tina Fey wrote in her book Bossypants regarding improv: “There are no mistakes, only opportunities.” On the stage, what could be called a mistake might send the story in an interesting, unexpected direction or result in hilarity for the audience. While that may not always be true of mistakes in stepfamily interactions, accepting them as normal extends compassion to yourself and others, which can only improve relationships. That’s a healthy example for children in any kind of family.

Peg Conway writes and practices Healing Touch energy therapy in Cincinnati, OH, where she also volunteers at a children’s grief center. Her essays about early mother loss and long-term grieving have appeared at Austin Fit Magazine, The Manifest-Station, the Cincinnati Enquirer, and The Mighty. After earning a master’s in journalism, she worked in corporate communications. Later, she became a certified childbirth educator and doula. Peg and her husband have three grown children and one grandchild. Follow her on Facebook or Instagram.

What Everyone Should Know About Lung Cancer Screening