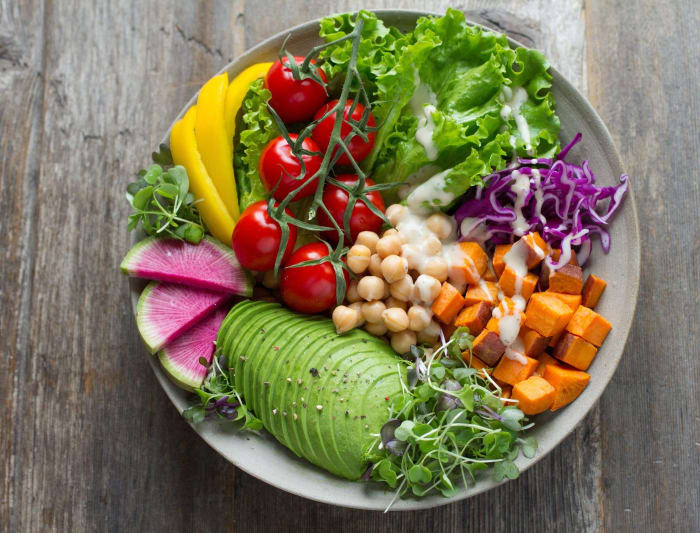 Who knew holiday foods could help your mental health? Christine DeLozier, food expert and author, reveals that festive favorites can boost your mood, which is great whether you’re lonely during the socially distanced holidays or if you’re surrounded by annoying relatives. And make no mistake: There is no diet culture or food shaming here.

Peppermint: Bring on the candy canes! Peppermint has been proven in studies to help with memory and to relieve stress, making it the perfect sweet treat to cope with the super-busy whirlwind nature of the holiday season.

Apples: Apples are abundant in a type of antioxidant called flavonoids, which demonstrated in research the ability to improve mood within just two hours of eating them! In one study, flavonoids improved cognitive function and the effects lasted six hours post-consumption. Apples are loaded with other feel-good substances too, such as B vitamins. Who doesn’t love a fresh-baked apple pie? Or, for a lower-fat option, make some homemade applesauce with mood-boosting cinnamon.

Cranberries: Don’t skip the cranberry sauce with dinner. Cranberries are loaded with vitamin C and flavonoids. Humans are one of the few animals who are unable to produce our own vitamin C, which is a major player in dopamine metabolism in the body. It is well established that people with mood and psychiatric disorders are quite often deficient in vitamin C. According to numerous studies, vitamin C rapidly improves mood. In fact, the higher our vitamin C levels are, the less confusion, anger and depression we have, according to one study. Other studies have effectively used vitamin C to complement other interventions in the treatment of depression. Boil fresh cranberries with honey, grated nutmeg and cinnamon. Or you can add some mandarin orange slices to increase the mood-boosting ability.

Yams: Yams are loaded with vitamins and minerals including potassium, which helps maintain optimal cognitive function. Low potassium intake is associate with greater risk of mood disturbances and depression. One study for example, showed that a high potassium diet improved tension and symptoms of depression. A whopping 40% of the minerals of yams are in the skin! Try twice baked yams, where you scoop out the flesh, mix it with a wee bit of maple syrup and aromatic spices such as cardamom and cloves. Top with toasted pecans for a delicious side dish.

Pumpkin/Pumpkin Seeds: Pumpkin is rich in mood-boosting minerals, such as potassium, as well as vitamin A, and B vitamins. Potassium is considered a mental-health food because of its powerful effect on mood. Low potassium levels are related to depression and mood disturbances. One study, for example, measured the effect of a high potassium, low sodium diet and found significant improvements to mood. Pumpkin seeds contain abundant tryptophan, which is a precursor of serotonin, a mood-boosting chemical produced by our bodies. In research, dietary tryptophan improved the mood of participants over the course of a four-day, high-tryptophan diet. Subjects experienced less anxiety and depressive symptoms. 6 Pumpkin seeds are also a good source of zinc, which can give an immediate boost to mood, having an antidepressant effect. Everyone loves pumpkin pie, but baked pumpkin with a bit of salt and pepper is also delicious! Be sure to save the pumpkin seeds for roasting!

This holiday season, consider why mashed potatoes are a health food: Potatoes are loaded with vitamins and minerals including potassium, which helps maintain optimal cognitive function, and positive mood. For this reason, potassium is considered a mental-health food. Scientific research has found that those who maintain a high potassium, low sodium diet are less anxious, depressed, confused and angry, and have more energy and vigor. Potatoes are also a great source of vitamin C. As a major player in dopamine metabolism, potassium has proven in research to rapidly improve mood. It is well established that people with mood and psychiatric disorders are quite often deficient in vitamin C. In fact, the higher our vitamin C levels are, the less confusion, anger and depression we have, according to one study. Other studies have effectively used vitamin C to complement other interventions in the treatment of depression.

As an acupuncturist and herbalist in private practice, Christine DeLozier, L.Ac. specializes in sexual health, treating males, females, and all orientations and identities and helping them to develop dietary habits that support their sexual goals. As a young single mom, Christine worked as a waitress and attended the University of Rochester, studying Biology and Psychology full-time. She holds Master’s degrees in Acupuncture, Traditional Chinese Medicine, and Counseling and is a certified Holistic Nutritional Counselor. Always rather obsessed with diet, nutrition, and natural health, Christine’s philosophy is rooted in an evidence-based understanding of the physiological effect of food on the body, while honoring the wisdom of traditional Chinese medicine. Learn more at ChristineDelozier.com.