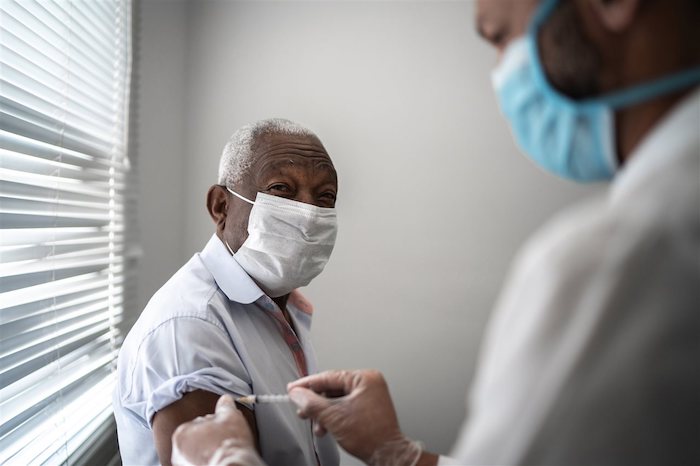 Last Monday morning, the FDA gave full approval to the Pfizer COVID-19 vaccine. This is an even faster approval than Pfizer has hoped for, as the most optimistic date had been early September.

Until now, all COVID-19 vaccines have had only EUA – Emergency Use Authorization. Full approval of even one of the available vaccines would immediately bring many important changes to the meaning and role of vaccines throughout the nation.

New York City waited approximately five minutes from the time of the FDA decision to announce that they were instituting a full vaccine mandate in all schools. With just over three weeks to go until New York City’s schools open, Mayor Bill de Blasio made it mandatory for all New York City school staff to be vaccinated, with no possible opt-out for weekly testing.

With so many children already back to school or heading there very soon, full approval opens up the possibility for doctors to do something called “off-label use.” While this is forbidden within a vaccine that has only EUA, with a full-use vaccine doctors can give children under the age of 16 the vaccine. Full use of the vaccine is now authorized for people 16 and older as Pfizer’s shot still has emergency authorization for 12- to 15-year-olds.

So with any fully-approved COVID-19 vaccine, a doctor can prescribe it to a child under 16 and administer the shot. For a lot of parents looking to have their younger children vaccinated as they head back to school, this is a very big deal.

“When any drug or vaccine moves from emergency use to full approval, it’s a recognition that enough time has passed and rigorous testing has been done that the manufacturer and the FDA feel comfortable in putting their seals of approval on it. It’s a sign to people that what has just been approved is proven safe to use.”

From a legal perspective, full approval will embolden many employers across the nation to make the vaccine mandatory for employees. While states have had varying responses over the past weeks to employers confirming that vaccines will be required for their employees, this is the removal of a hurdle for those companies. And it’s not just private employers who are instituting mandatory vaccine policies. Last week, New York State announced that all healthcare workers in New York State must receive at least one dose of a COVID-19 vaccine by September 27, 2021.

A very interesting test case could come from FOX News, whose anchor, Brian Kilmeade, took on-air time this week to encourage viewers to get a fake vaccine passport, which would, of course, be illegal. Putting aside the question of whether Kilmeade’s on-air statement was also illegal, the sociologically interesting piece is that while the personalities at FOX News with the highest-rated shows and greatest social media power consistently attack the vaccine, the network itself has their own version of a vaccine passport, having informed their employees this week that they must disclose their vaccination status to the company.

Especially with full FDA approval of a vaccine, employees who fake their vaccination status will, at a minimum, be subject to dismissal but perhaps something much worse. Recently, New York Mayor Bill de Blasio suggested that falsifying a vaccination card could get you seven years in prison, while two tourists were arrested in Hawaii for possessing fake vaccine cards.

The full approval of the first is something that courts across the nation will factor into any case involving mandatory vaccines in the workplace. In itself, it is not legally definitive, yet is one more piece of evidence that the medical community and levels of government are adopting the best currently available science around further controlling the global pandemic.

There is also a collective hope among officials at all levels of government that the approximately 50% of the US population that isn’t yet fully vaccinated will be moved to either get their first shot or be sure to get their second by this news. Because so many nations around the world still look to the United States for guidance, full approval of the Pfizer vaccine may also encourage people in other countries to get vaccinated.

It is overly hopeful to believe that this will eliminate the “it’s too soon, the vaccine has been approved only for emergency use” argument. This will surely be replaced by a “the FDA rushed to full approval” argument by those looking for a quasi-scientific as opposed to full anti-vax argument not to get vaccinated.

Aron Solomon, JD, is the Head of Strategy and Chief Legal Analyst forEsquire Digital. He has taught entrepreneurship at McGill University and the University of Pennsylvania, and was elected to Fastcase 50, recognizing the top 50 legal innovators in the world. Aron has been featured in CBS News,TechCrunch, The Hill, BuzzFeed,Fortune, Venture Beat, The Independent, Yahoo!, ABA Journal,Law.com,The Boston Globe, and many other leading publications.