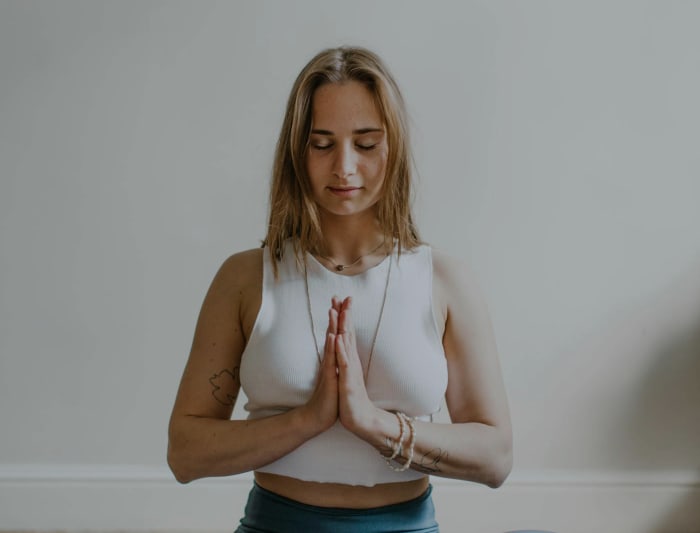 The fingers of his right hand are shaking worse than ever, and I think I see a slight tremor in the left. My youngest brother tries to keep them still by wedging them between two couch cushions, reducing the constant tension from Parkinson’s Disease.

Unable to shake my gloom after Jim last visited us in Washington, D.C., I join a friend outside on her concrete steps. Older and wiser than me, I figure she can take away my pain. I know she’s been watching a friend dying from cancer for months. I figure she knows the way to heal. But she seems baffled too. She shrugs.

After her friend died, I knock on her door. “How do you get a grip on this suffering?” She shakes her head again. But then I realize she does indeed know more than I do. She points to a bird outside, which I don’t recognize. I don’t know much about plants or animals except Great Danes because my kids left us a 155-pound one behind when they went to college. She points to a white ledge under her porch roof that she and her husband built for a dove perch. She repeats the cooing sound, with a soft, drawn-out call that sounds to me like a lament. Time slows down and I feel a twinkle of transcendence. It reminds me of my mother who always focuses my attention on a bird, leaf or a flower petal when I am feverishly crafting a sentence or drumming up a writing project.

I wonder if some kind of meditation or way of thinking can ease my pain when I look at my 52-year-old brother Jim, who can no longer lift weights and train like the Olympic ski jumper he was. I am seized with anger at the injustice of it all. I question the existence of a divine being, and I wish I could donate part of my body to cure him. I wish I could trade places because I am eight years older, and I was never the Baryshnikov of movement he was.

I just can’t get a grip on it. I am unable to fathom why this happened to a kid who says he always “followed the owner’s manual” for his body and ate all his broccoli. I rage at his falls on the World Cup Ski Jumping Tour, and the farm where he worked as a teen and I imagine he was exposed to pesticides. I blame the Parkinson’s on lead in paint that he brushed on houses for summer work as a teen. But we really have no idea what caused it or many serious illnesses that plague families. I want to blame something. To pin it down and banish it from my world. I struggle with survivor’s guilt. Incredibly, this is my second sibling to contract a terrible chronic illness. I’ve spent a quarter of a century grappling with my sister Mary Anne’s affliction with Multiple Sclerosis and watched her slowly lose mobility and face fear and uncertainty.

After my sister Mary Anne was diagnosed with MS, my mother suffered for years. She studied holistic health and learned to practice imagery, a technique that helps you manage stress by picturing a person, place or time that makes you feel relaxed, peaceful and happy. That helped her sleep, stay calm and remain present. In the past, I had always dismissed her focus on imagery and nature, but these days it makes more sense to me.

Just as my mother was finding equilibrium, Jim was diagnosed with Parkinson’s and she became so stressed her hair thinned. She dove deeper into spirituality and taught herself to “push out the past.” She has managed to banish worries and fear of the future for herself and those she loves. “Now when I open the door, I hear birds, crickets, a neighbor’s doggie, and I love it,” she says. Like my friend, she appreciates “every flower, tree, sunset, and blade of grass.” She enjoys “being aware of this beautiful place called Earth.” I realize my mother is doing exactly what the doctor orders: finding transcendence.

But I know she is still haunted. She told me recently that she still grieves painfully inside. That she finally convinced herself that she must not harm herself over this because that in turn harms Jim and other family members. “I still do not accept his condition, but I do accept that I cannot rid him of Parkinson’s,” she says. “What I can do is be a caring listener and express my love.” She asked Jim how he keeps “such a beautiful spirit.” And he says he tells himself every morning the five things he is thankful for.  She says he is an inspiration. Barb says she cannot “get meaning from his condition, but he has.” Jim is investing in stem cell labs and investigating “different scientific as yet unproven therapies.” Barb tells me Jim is somehow doing better than she is. I get that.

My older sister has taught us all how to accept what we cannot change and live with positivity and joy. Mary Anne is joyful: She takes joy in simple pleasures and our mother knows that “in spite of disability, one can enjoy life and smile in the present.”

Jim, a visionary entrepreneur, is fighting a global battle to cure Parkinson’s for himself and others. When he was younger, he was a two-time Olympic ski jumper and six-time national champion. Now he walks up to 12 miles a day to keep the Parkinson’s at bay. He aims to connect the dots between traditional and experimental treatments for Parkinson’s. “This Parkinson’s predicament does require some endurance,” he says. “Fortunately, I’ve got good endurance, and when looked at another way, within this lies an opportunity to have a real meaningful impact. I’ve got some really smart people enrolled in solving this puzzle. At this point it’s raining ideas. I assess the risk and then I try things. I am extra motivated because if something works for me it will work for millions of people. I’m a guy with resources and I’m forging ahead.”

Most people run through this gauntlet of emotions when a family member or a close friend is suffering from a serious illness. It often seems to happen more frequently when we are in midlife, or when we are empty nesters. We are outraged because we think good people should have good health. But that doesn’t turn out to be true. “Wonderful people have illnesses, people who do amazing things in the world have illnesses, and bad people have illnesses too,” says David Kessler, a renowned expert on grief and author of Finding Meaning: The Sixth Stage of Grief.

Like me, most people want to blame an illness on something. Kessler says that is our mind trying to get control. Many of us suffer from survivor’s guilt, wondering why someone we love is afflicted and how we escaped the scourge.

Here’s how to kick start the healing process when a family member or friend suffers from a serious illness:

Find purpose and meaning in your own life: “When you begin to get your purpose in life and the preciousness of your life and the meaning of your life, the survivor’s guilt will dissipate,” he says. The kind of meaning Kessler is talking about might be walking through the neighborhood and looking at the beauty of the trees. “People get stuck in grief and get stuck in loss, he says. “And they don’t have meaning. If we focus on the loss, it’s hard to find the meaning.”

Create your practices for grounding, centering and solitude: My friend Laurie J. Cameron suggests carving out space and time “unplugged,” and preferably outside, for just five minutes twice a day. Set up a place in your home that nourishes you, a corner, a favorite chair, a spot in your living room, porch or garden and go there whenever you can. “The routine, the structure, the sacred space is nourishing in itself,” says Laurie J. Cameron, author of The Mindful Day: Practical Ways to Find Focus, Calm and Joy from Morning to Evening.

Practice self-compassion: Treating yourself as you would a friend is also healing. “Connect to our common humanity and remember you are not alone,” Cameron says. “This is part of the human journey.”

Judy Holland has been a journalist for more than 30 years, including in the Washington Bureau of Hearst Newspapers as national editor and Capitol Hill correspondent, where she prepared stories for 600 newspapers over The New York Times wire. Her stories have appeared in the Washington Post, Boston Globe, Houston Chronicle, San Francisco Examiner, Tampa Tribune, and Washingtonian magazine. She was president of the Washington Press Club Foundation, a nonprofit celebrating female pioneers in journalism. She also was founder and editor-in-chief of Parentinsider.com, an online magazine for parents of teens, for which she wrote stories, edited columns, and co-produced videos. She lives in Washington, D.C., with her husband John Starr and their Great Dane, whom her three children, Lindsay, Maddie and Jack, left home to fill the empty nest.