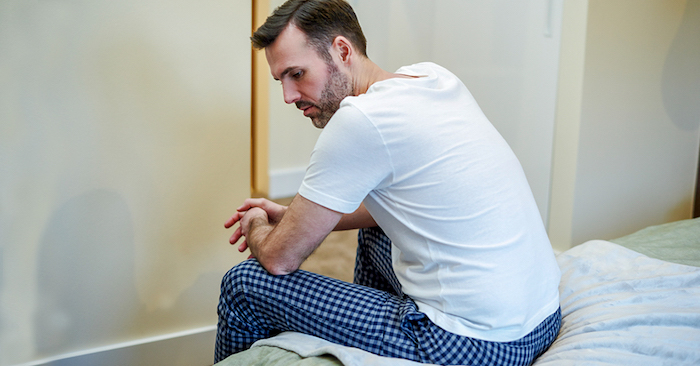 There’s a lot of buzz nowadays about low testosterone, now known colloquially as “low T.” Lots of guys assume they have low T because their symptoms appear to match the condition. They’re tired. Their libido is in the toilet. They’re worried about brain fog.

Wait, is that a zebra?

One of the cleverest pieces of advice I got in grad school was from a professor who said, “If you hear hoofbeats outside your window and you don’t know where they’re coming from, don’t start by assuming they’re coming from zebras.” In other words, always start with the simplest explanation. Before jumping to the “zebra hypothesis” let’s rule out the possibility that a horse got loose from the barn!

In the same way, some men experience symptoms associated with low T and immediately start assuming they need hormone replacement therapy. And they might. Just as hoofbeats might be from zebras. But the more logical explanations are also the simplest. (In science, it’s called the Principle of Parsimony, which basically means start with the easy stuff.) If you’re tired, it may be because you don’t sleep enough. Instead of looking for a pharmaceutical solution, first try improving your sleep by getting 7 to 8 solid hours each and every night.

Just because someone snores, doesn’t mean they have sleep apnea. And just because you don’t feel as vigorous as you did 10 years ago, that doesn’t mean your testosterone levels are so seriously out of whack that you need a lifetime of expensive, weekly injections. (Not that there’s anything wrong with that; it’s just not the best place to start.)

I’m somewhat leery of doctors trying to medicalize ordinary symptoms that can often be addressed easily and naturally. If you get more sleep, you may have less fatigue. If you improve your diet and exercise more, you’ll have more stamina. Sometimes — not always, but sometimes — it’s as simple as that.

What many men may really be missing is certain vitamins. Trying simple tactics first may eliminate your need to go to a clinic for testing. When my friends bring up low T, I tell them to first try certain natural, over-the-counter ingredients for a couple of months. You’d be surprised at how often these natural products can bring symptom relief.

How to evaluate over-the-counter men’s supplements

All over-the-counter men’s formulas are far from created equal. Beware of products with outrageous promises and mystery “proprietary” formulas. Here’s why: Some opportunistic supplement manufacturers are putting the kitchen sink into a pill, then calling it a proprietary formula to avoid telling you what’s in it. If you’re getting a Viagra-like reaction, be concerned! The FDA has pulled some products off the market because manufacturers were slipping Viagra into their formulas.

Instead, look for supplements that list all their ingredients on the label. I’m a big proponent of transparency on labels because I want to know what I’m getting. That way, I can make an intelligent decision about whether or not to take it.

I’ll use Weider Prime as an example of what to look for, because this formula supports areas often associated with men’s vigor. When you look at the label, you’ll see that some of its key ingredients are patented and/or trademarked. They’ve been researched, tested and scrutinized for quality, safety and efficacy. Prime’s ingredients include:

If you’ve been tempted to consult a doctor about your waning vigor, stamina and libido, I challenge you to first try these ingredients for two months. See how you feel before you jump into testosterone therapy.

Jonny Bowden, PhD, CNS, (aka “The Nutrition Myth Buster”) is a nationally known expert on weight loss, nutrition and health, and the best-selling author of 15 books on health. Dr. Jonny earned six certifications in personal training and fitness, has a Master’s degree in psychology, a PhD in holistic nutrition and is board certified by the American College of Nutrition. He has written, contributed to or consulted on hundreds of articles in print and online publications as diverse as the New York Times, People, Us, O the Oprah Magazine, In Style, Vanity Fair Online, People, GQ, Forbes Online, Clean Eating, the Huffington Post and many others.

What You Need to Know About Prostate Cancer: Keys to Feeling Empowered