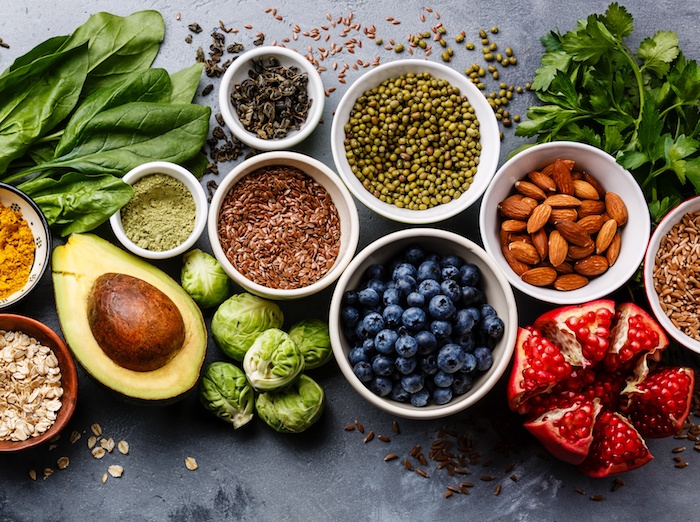 It seems like every few months someone discovers some new superfood from the rainforest, the health benefits of which are said to eclipse any other plant, juice, berry or powder on earth. This new food/ juice/ berry is quickly labeled a “superfood,” given a ton of publicity and sold for a premium price.

Meanwhile, foods as rich in natural antioxidants and anti-inflammatories as any exotic berry on the planet are sitting right under our noses, yet we pay little attention to them.

1. Quinoa— the highest protein of any cereal*, it’s great for breakfast and as a side dish. Also terrific in and on salads.

*Quinoa is not technically a cereal, or even a grain, even though it looks, cooks, acts, and tastes like one. It’s actually a seed. But don’t tell anyone. J

2. Yogurt —full fat and real. Nowhere has the low-fat insanity had a deeper effect than in the yogurt industry. It’s increasingly difficult to find real yogurt that isn’t “2%”, or “low-fat”, or comes on top of some sugared fruit product passing as food. But real, honest-to-goodness FULL FAT yogurt,– preferably from grass-fed cows—is a health bonanza. High in protein, calcium, and omega-7 (from the full fat dairy), plus it’s filling and delicious (at least the real kind is!) Greek or regular—both are great.

3. Garbanzo beans—A quiet little unassuming nutritional superstar, garbanzo beans have a whopping 12 grams of fiber and 15 grams of protein per half cup. Not to mention folate, manganese, and calcium/ magnesium in a perfect 1:1 ratio.

4. Fermented vegetables– Now that the microbiome is one of the hottest topics in health, we’re sure to be hearing more and more about fermented foods. And with good reason. They’re the best source of probiotics on the planet, teeming with healthy bacteria that will help cultivate your own personal gut garden. Like yogurt, sauerkraut, kefir, kimchi and other fermented foods.

5. Malaysian palm oil: I love this rich red oil, which is red because of its high carotenoid content. It’s also a pretty good source of tocotrienols, which is part of the vitamin E complex. And environmentalists can relax because palm oil from Malaysia specifically is sustainable—over 50% of the forests there are protected and no orangutans are harmed whatsoever! The unrefined oil (like all unrefined oils) has a lower smoke point so don’t get it too hot. The partially refined oil still has plenty of good stuff and stands up to higher heat.

6. Raspberries—The poster child for low-carb fruit. About 8 of it’s 15 grams of carbs are actually fiber, meaning you get more fiber in a 64 calorie cup of raspberries than you do in three slices of 100 calorie high-starch wheat bread—and none of the problems. Plus raspberries are a great source of ellagic acid, which is a powerful antioxidant and anti-inflammatory and is actually listed on the Memorial Sloan Kettering Cancer Center website.

7. Spinach —Before kale took over, spinach used to be the poster child for green leafy vegetables. It has a ton of potassium, some vitamin K, and a bunch of other minerals (manganese, magnesium, iron) and fiber. And it has so few calories it’s basically a free food. One tiny caution—spinach does contain oxyates, which can bind to calcium and create nasty little oxylate stones in some susceptible people. So if you’re prone to this or concerned about oxylates, you might want to 1) limit your spinach intake, 2) make sure you cook your spinach, and 3) drink more water! For everyone else, it’s a total superfood!

8. Brazil nuts—one nut has more than entire selenium supplement. Probably the best source of this incredibly important mineral and antioxidant.

9. Cabbage—Cabbage comes from the brassicia family of vegetables, which is kind of like vegetable royalty. All of them—brussels sprouts, broccoli, cauliflower, kale—are terrific, but cabbage is the queen of the hill. The indoles in cabbage are believed to be the reason why eastern European women coming to America had such lower rates of breast cancer (still they started eating the American diet, that is!).

Jonny Bowden, PhD, CNS, also known as “The Nutrition Myth Buster” ™ is a nationally known board-certified nutritionist and expert on diet and weight loss. He has appeared on the Dr. Oz Show, Fox News, CNN, MSNBC, ABC, NBC, and CBS as an expert on nutrition has contributed to articles in The New York Times, Forbes, The Daily Beast, The Huffington Post, Vanity Fair Online, Men’s Health, Prevention, and dozens of other print and online publications.

Dr. Jonny is the best-selling author of 15 books including The 150 Healthiest Foods on Earth, Living Low Carb (now in its fourth edition), and is the co-author, with cardiologist Stephen Sinatra, of the controversial best-seller, “The Great Cholesterol Myth: Why Lowering Your Cholesterol Won’t Prevent Heart Disease and the Statin-Free Plan that Will”. His latest book, Smart Fat: Eat More Fat, Lose More Weight, Get Healthy Now!– written with PBS star Steven Masley, MD— was published by Harper Collins in January 2016.

Sweet Relief! 4 Reasons to Reach For Fresh Cherries When Coping With Stress

Does Keto Boost Your Immune System? 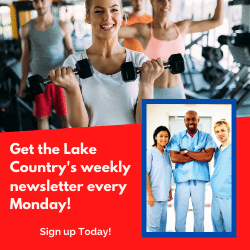 7 Techniques For Keeping Your ‘Thought Life’ Healthy And Your Stress...

‘It Impacts Weight, Sleep and Mental Health’: What You Need to...

April 14, 2020
Lake Oconee Health is the region’s only digital health publication. We provide you with meaningful, current information about health and wellness from local and national healthcare professionals. Contact us at the email address below. Or just follow us on our social media channels!
Contact us: hdkart@aol.com

Fuel Your Fitness at Home: 5 Tips and Tricks

Your Body Has A Bone To Pick With You About...

Do You Sugar Coat Your Health Challenges?