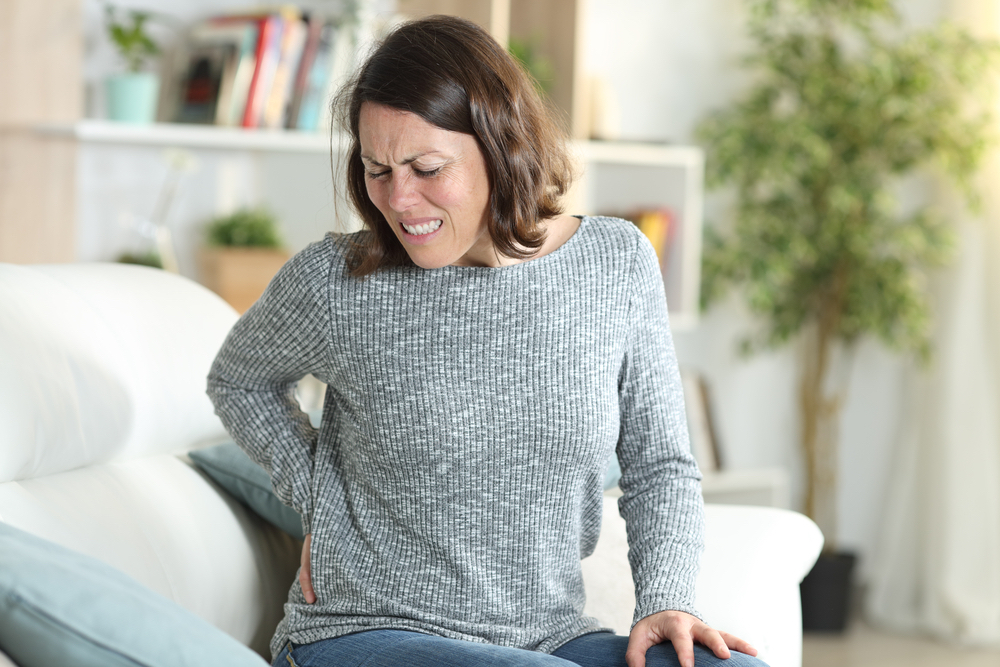 In truth, you can’t prevent osteoporosis.

There are things you can do to try to mitigate the effects of osteoporosis, or bone loss, but after menopause, or between the ages of 55 and 65, hormones in women change the way their body manages the creation and destruction of bone. The outside of the bone includes cells called osteoblasts, which make bone, and osteoclasts, which remove old bone.

Your estradiol levels before menopause stimulate your osteoblasts to produce new bone. After menopause, levels of estradiol are reduced, and osteoblasts lose some of their stimulation to produce new bone. At the same time, the osteoclasts, the bone-removing cells, remain at their pre-menopausal levels, removing bone cells faster than new ones are produced. This causes bones to become thin and prone to breaking.

What are the characteristics of those most prone to osteoporosis?

Other factors which can increase problems with osteoporosis include:

Do men get osteoporosis?

Because the skeletal structure of men is usually larger than that of women, men don’t get osteoporosis until later in their lives. Testosterone controls bone production in men, and men tend to retain their testosterone levels for good bone production until they are 75 to 85.

A precursor to osteoporosis is a condition called osteopenia. Men have fewer fractures than women, but they also have more osteopenia.

Should women take hormone therapy to offset the effects of menopause?

So women are still left with the decision whether or not to take hormone replacements once they go into menopause. The Premarin used in the studies linked here is produced from pregnant horse urine. Not a pretty picture.

My concern is that many physicians were put off by the early studies on Premarin and may not have looked into the use of estradiol in hormone replacement therapy.

What’s the difference between Premarin and estradiol?

As indicated above, the estrogen in Premarin is manufactured from the urine of horses. Estradiol is estrogen manufactured from soy or yams. Personally, I am still waiting for a definitive study of the use of estradiol and natural progesterone to treat menopausal bone loss.

More about Dr. Alan Lindemann: An obstetrician and maternal mortality expert, “Rural Doc” Alan Lindemann, M.D. teaches women and their families how to create the outcomes they want for their own personal health and pregnancy. A former Clinical Assistant Professor at the University of North Dakota, he is currently a clinical faculty member available to serve as preceptor with medical students in rural rotations. In his nearly 40 years of practice, he has delivered around 6,000 babies and achieved a maternal mortality rate of zero! Learn more at LindemannMD.com.