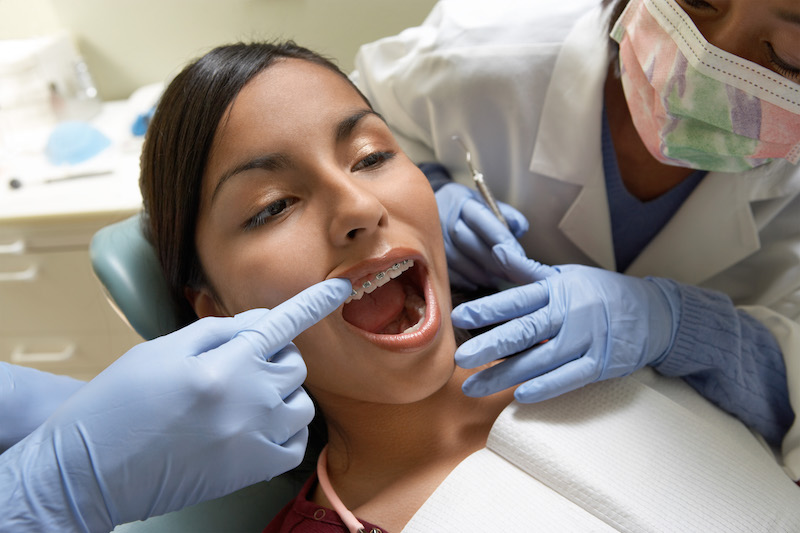 Step into a middle school and you likely will see plenty of smiles accented by braces.
But parents who put off a trip to the orthodontist until their child is on the cusp of the teen years could be waiting too late. Plenty of problems can start developing long before all of a child’s permanent teeth have arrived.
The question then becomes when – and how – to intervene. And the answer won’t necessarily be the same from every orthodontist or dentist you consult.
“This is definitely a confusing topic,” says Dr. Jamie Reynolds (www.AskDrReynolds.com), an orthodontist, national and international lecturer, and author of World Class Smiles Made in Detroit.
“Depending on whom you ask, you will get a variety of answers about what treatment is necessary and when, and how exactly it should proceed. And getting more opinions doesn’t always help because you may end up with several different – and conflicting – opinions.”
Reynolds suggests having a child examined by an orthodontist by age 7, which is also the recommendation of the American Association of Orthodontists. Usually, those initial exams are free. Even that early in life, he says, there are four major things an orthodontist can look at:
“Most kids who will need orthodontic treatment can wait until they are 12 or 13,” Reynolds says. “But it’s still important to have them checked out at a much earlier age, just in case there are problems that can be solved with early intervention.”
About Dr. Jamie Reynolds
Dr. Jamie Reynolds (www.AskDrReynolds.com) is recognized on an annual basis as one of the top orthodontists in metro Detroit. His book, World Class Smiles Made in Detroit, puts an emphasis on the many benefits of having a great smile. Reynolds – who is a national and international lecturer on high-tech digital orthodontics and practice management – attended the University of Michigan for both his undergrad education and dental studies, and did his orthodontic residency at the University of Detroit-Mercy.