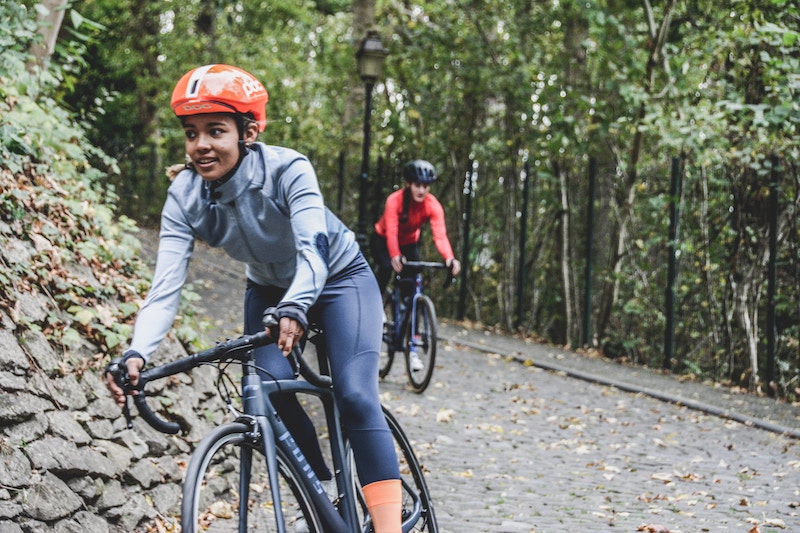 Avid cyclists experience their share of injuries, but one of the most common may surprise you: A shattered collarbone. Surgical repair of this biking injury to return fast to the sport is also prevalent for a variety of reasons, according to orthopaedic surgeon Kevin D. Plancher, MD, founder of Plancher Orthopaedics & Sports Medicine.

Collarbone – or clavicle – fractures account for about 5% of all adult fractures, according to the American Academy of Orthopaedic Surgeons. But this type of break is even more common among bicyclists for an obvious reason: When they fall off their bike, cyclists often extend their arms to break the fall. The force then travels through the arm to the shoulder, breaking the collarbone, Dr. Plancher explains.

“Located between the breastbone and the shoulder blade, the clavicle essentially connects the arm to the body and lies above several vital nerves and blood vessels,” he says. “Many fractures occur in the middle portion of the bone, but some can shatter the bone in pieces or push pieces far out of place. Individualized treatment should always be considered when a fracture or break occurs with the clavicle.

If you suspect you’ve broken your collarbone after a tumble off your bike, here’s what you need to know:  Pain over the bone is reproducible on touch especially if it is sticking out close to the skin.

Other signs and symptoms of a broken collarbone include:

Properly diagnosing a broken collarbone typically involves x-rays and sometimes CT imaging scans, Dr. Plancher says. For uncomplicated fractures – where the broken bone ends haven’t shifted significantly out of place – treatment can include arm support such as a sling to keep the arm and shoulder immobile while the fracture heals.

“Patients may also be prescribed nonnarcotic pain relievers as the collarbone heals and may benefit from physical therapy to prevent stiffness if it is a stable, nondisplaced fracture,” Dr. Plancher says.

Because cyclists fall from several feet off the ground, their broken collarbones may more often fall into the “complicated” category, says Dr. Plancher, who lectures globally on issues related to orthopaedic procedures and sports injury management.

“In addition to being broken in several places, the bone could be poking through the skin or the bone ends might be dangerously close to nerves and blood vessels running underneath,” he explains. “In cases like these surgical intervention is often performed.”

A surgical collarbone repair requires placing a small metal plate over the fracture. Occasionally a surgical pin or screws may be used for the same reason – to hold the proper shape of the collarbone and keep it the same length as it was before the injury. Repositioning bone fragments into place during surgery and preventing them from moving with surgical hardware can improve shoulder strength after recovery, he notes.

“If a collarbone fracture doesn’t heal correctly, it could heal shorter than it was, increasing the chances of having rotator cuff problems later in life,” Dr. Plancher says. “But surgical collarbone repair offers patients the best possible chances of optimal healing. For cyclists, this means they’ll be back on the road and comfortable again within a matter of weeks.”

>Kevin D. Plancher, MD, is a board-certified orthopaedic surgeon and the founder of Plancher Orthopaedics & Sports Medicine, a comprehensive orthopaedics and sports medicine practice with offices in New York City and Greenwich, CT.

The Most Common Injuries in Racquet Sports

What Are the Most Common Summertime Injuries?

Essential Ways To Recover After a Knee Surgery