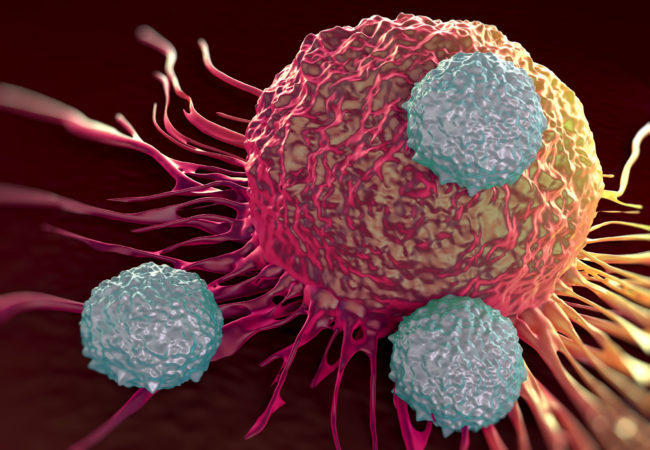 It’s no surprise a vast majority of Americans make health and fitness their number one New Year’s resolution year after year. By the time we survive the gluttony filled, sleep deprived holiday season, we are ready to give up food all together and hop on a treadmill. The aftermath of the holidays can be even more dangerous for those who suffer from primary immune disorders, which makes advocating for their health and well-being in 2020 even more essential.

Autoimmunity is caused by dysregulation of the immune system, affecting up to 50 million people in the United States. Our immune system is what protects us from disease and infection and also works to fight off acquired diseases or infections that have already presented themselves. Immune system dysregulation can result in recurring infections, tumors, organ disorders or malfunction, and development of autoimmune conditions.

Since symptoms of immune dysregulation and autoimmune disease (AD) frequently go unnoticed until they progress, many people go undiagnosed. Diagnosis can also be delayed because many of the symptoms can mimic those of other conditions. Following busy and indulgent times, such as the holidays, where the body goes without proper rest and nutrition, the symptoms of immune imbalance can become worse. In order to start the New Year with health and well-being as a top priority, it’s important to pay attention to your body and take action if you exhibit any immune system symptoms.

The following causes and symptoms may indicate that you are suffering from immune system dysregulation:

Genetics – Unfortunately for some of us, the apple often doesn’t fall far from the tree when it comes to health conditions. If you have a family history of autoimmune disorders, you should be aware of immune dysregulation indicators and take action if your body exhibits any.

Recurrent illnesses – We all get the common cold once in a while. But, recurring serious illnesses such as pneumonia, bronchitis, rhinosinusitis or ear and skin infections can indicate an abnormally imbalanced immune system.

Resistance to medications or treatment – If you find that routine treatment or medications don’t seem to stave off illnesses or symptoms as they should, this can also indicate a problem with your immune system. Especially if the protocols did help at one time, but no longer seem to work.

Digestive issues – Frequent nausea, bloating, irritable bowel, cramping, vomiting or diarrhea are not normal. Bloating or swelling of any sort is a sign of inflammation, which is a common symptom of immune system dysregulation.

Blood disorders – Anemia, low platelet count and other blood abnormalities can be indicative of immune imbalances, if not a number of other health concerns. Either way, further testing is warranted.

Recurrent deep abscesses of the skin or organs – While you could notice a skin abscess, repeated skin and organ abscesses would require clinical testing such as blood work, CT scans or other imaging.

Autoimmune Disorders – An estimated 25 percent of patients with one AD are at risk of developing more. So even if you already know that you are affected by one type of AD, don’t let it stop you from seeking medical advice to detect other potential condition, especially if any of the above-mentioned symptoms seem to present more radically.

The immune system is tricky. Scientists and doctors still have a lot to learn about immunodeficiency, how autoimmune disorders are acquired and how to treat them. Fortunately, there are many clinical tests that can be used to diagnose immune system dysregulation and AD. One test by Cyrex Laboratories, the GAM – Total Serum IgG/IgG/IgM test, assesses total immunoglobulin production, which can measure one’s general immunity. This can be a strong indicator for the presence of an autoimmune disease or condition.

Each New Year, we set out to make positive changes in our lives, trying not to fall back on our resolutions. Make 2020 YOUR year for proactive healthcare and well-being. If you suffer from any of these key indicators of immunodeficiency, it warrants a discussion with your health care provider.  Best wishes for a healthy New Year!

Dr. Chad Larson, NMD, DC, CCN, CSCS, Advisor and Consultant on Clinical Consulting Team for Cyrex Laboratories. Dr. Larson holds a Doctor of Naturopathic Medicine degree from Southwest College of Naturopathic Medicine and a Doctor of Chiropractic degree from Southern California University of Health Sciences. He is a Certified Clinical Nutritionist and a Certified Strength and Conditioning Specialist. He particularly pursues advanced developments in the fields of endocrinology, orthopedics, sports medicine, and environmentally-induced chronic disease.