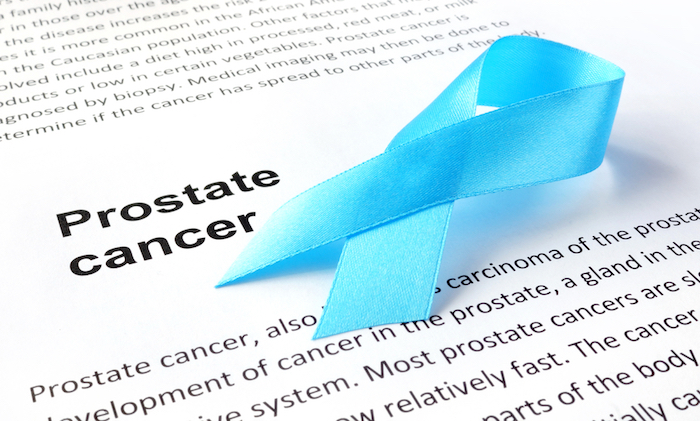 Living with prostate and melanoma cancers are learn-as-I-go experiences. Following diagnosis, the most overwhelming question is, “How long do I have?”

My less-than-favorable diagnosis came at the youthful, otherwise very healthy and fit age of 57. Following my first curative attempt of a prostatectomy, the surgical removal of my prostate, I became a full-time RV’er, exploring the Rockies and the Colorado Plateau from Texas to Montana and back.

As I complete my sixth successful fun-filled season, I reflect back on several activity mishaps. During my first year out, just months after the prostatectomy, while walking across a loosely bundled log bridge that spanned a fast-moving stream of snowmelt high in the Colorado San Juan Wilderness, logs began snapping beneath my feet. Fortunately, I made it back to the bank without getting wet, or worse. Two more recent mishaps involve mountain bike crashes – mishaps such as these raise the question, Might I be another example of another man who dies with and not from prostate cancer?

By all indications, my melanoma surgery was successful – complete removal of that cancer tumor. Despite this great news, I self-screen regularly and limit my sun exposure. The outcome for my prostate cancer is not so definitive, even with three curative treatment attempts. It has been seven years since my prostate cancer diagnosis, and I have yet to find solace in the statistical proposition (seemingly offered to comfort us) that “most men with prostate cancer do not die from it.” Often, I think of the over 30,000 American men who die every year from this disease and the nearly 500,000 that fight to slow its progression with hormone-blocking drugs. I am doing my utmost to not be one of these statistics.

As a prostate cancer patient, it is challenging and frustrating to determine post-treatment status. The new fears we are presented with are “recurrence,” the cancer coming back – and worse, that it is incurable. We begin testing, using the very same method used for initial screening: the prostate-specific antigen (PSA) blood test which presents a result in ng/mL. But just as with initial screening, men face disparities and misinformation surrounding testing frequency and test results.

For many years, the benchmark for indicating cancer recurrence post-prostatectomy has been a PSA value of 0.20 ng/mL, and the general guideline is to test every six to twelve months. For men who underwent radiation as primary treatment, three significant consecutive rises in PSA following the identification of the nadir, the lowest PSA value post-treatment, seems to be the guideline for identifying possible recurrence.

But it always troubled me that we wait for the PSA to rise to indicate cancer remains. How is it that cancer was not already growing and spreading? Contrary to the standard guidelines, I settled on the PSA value of <0.01 ng/mL as the best indicator that no cancer remains and began testing at three-month intervals instead. Although my prostatectomy procedure went very well, the outcome was not what I hoped for. My PSA nadir was 0.05 ng/mL, above the <0.01 I had settled on. We accepted that cancer remained.

Salvage radiotherapy is the standard recommendation, but I wanted imaging first. Unfortunately, at that time available imaging was not sensitive enough for my very low PSA level. Pondering what to do, I set back out in my RV and began monthly testing. Each subsequent result reflected a slight but steady increase. As my next winter approached, I decided to give salvage radiotherapy a try, and it missed some of the remaining cancer. My cancer had unknowingly spread beyond the reach of the radiation field.

Discouraged, I once again headed out in the RV and pondered non-curative chemotherapy and hormone-blocking drugs. Still undecided on my next treatment after an amazing summer and fall, I went on an extended winter trip to Europe. While skiing in France, ongoing nightly research led to the realization that advanced imaging and salvage surgery were available in Europe. Quickly, I was off to the Netherlands for imaging which identified five pelvic lymph nodes as suspicious for cancer. Next, I was off to Belgium for salvage lymph node surgery. The outcome was a PSA result of <0.01 ng/mL. Although very pleased and hopeful, I continued with monthly testing. After two years my number began to slowly rise from <0.01.

Fortunately for all men facing prostate cancer, better imaging is becoming available. In fact, both the PSMA PET (which I had nearly four years ago in the Netherlands) and the F 18 PET are becoming more locally available across the U.S. Unfortunately, the current U.S. guideline for this new imaging is a PSA of 0.2 ng/mL post-prostatectomy, and my most recent monthly PSA result is 0.030. Although this is considered very low, I was granted a waiver and have an upcoming PSMA PET in Houston, Texas —a location I chose to be near my grandkids.

Still hoping for a curative outcome, I have started a doctor-guided supplements regime based on thirty-two blood test results. The objective is to (perhaps) reduce chronic internal inflammation, optimize my overall health and immunity strength, and potentially go after (somewhat theoretical) cancer stem cells. I have also adjusted my seemingly very healthy diet, reducing iron and methionine rich foods. For example, reducing my indulgences with self-caught Kokanee salmon and very large organic spinach salads (who would have thought?).

I still deal with treatment side-effects and see them as trade-offs against dying from this disease. Fortunately, my issues are not unmanageable. My cancer had not yet invaded critical body parts such as sphincters or sexual nerves surrounding the prostate gland. With a bit of effort, I have found ways to manage my altered urinary and sexual functions. Another issue I manage is that the radiation treatments scarred my ureters, so even the smallest of kidney stones can be trapped. To mitigate this risk, I limit my consumption of high oxalate foods.

In addition to my RV adventures and other travels, being a patient-detective, patient-scientist, and strong self-advocate are my keys to living with this disease.

Murray Keith Wadsworth, the author of Prostate Cancer: Sheep of Wolf?, is passionate about spreading the dark truth about prostate cancer. His sudden diagnosis and shocking process to treatment continues to drive him to untangle and share the systemic misinformation around the disease.

Exercise: The #1 Way to Boost Your Mental Health

Done is Better Than Perfect

Why Snacking on Walnuts May Help Add Years to Your Life