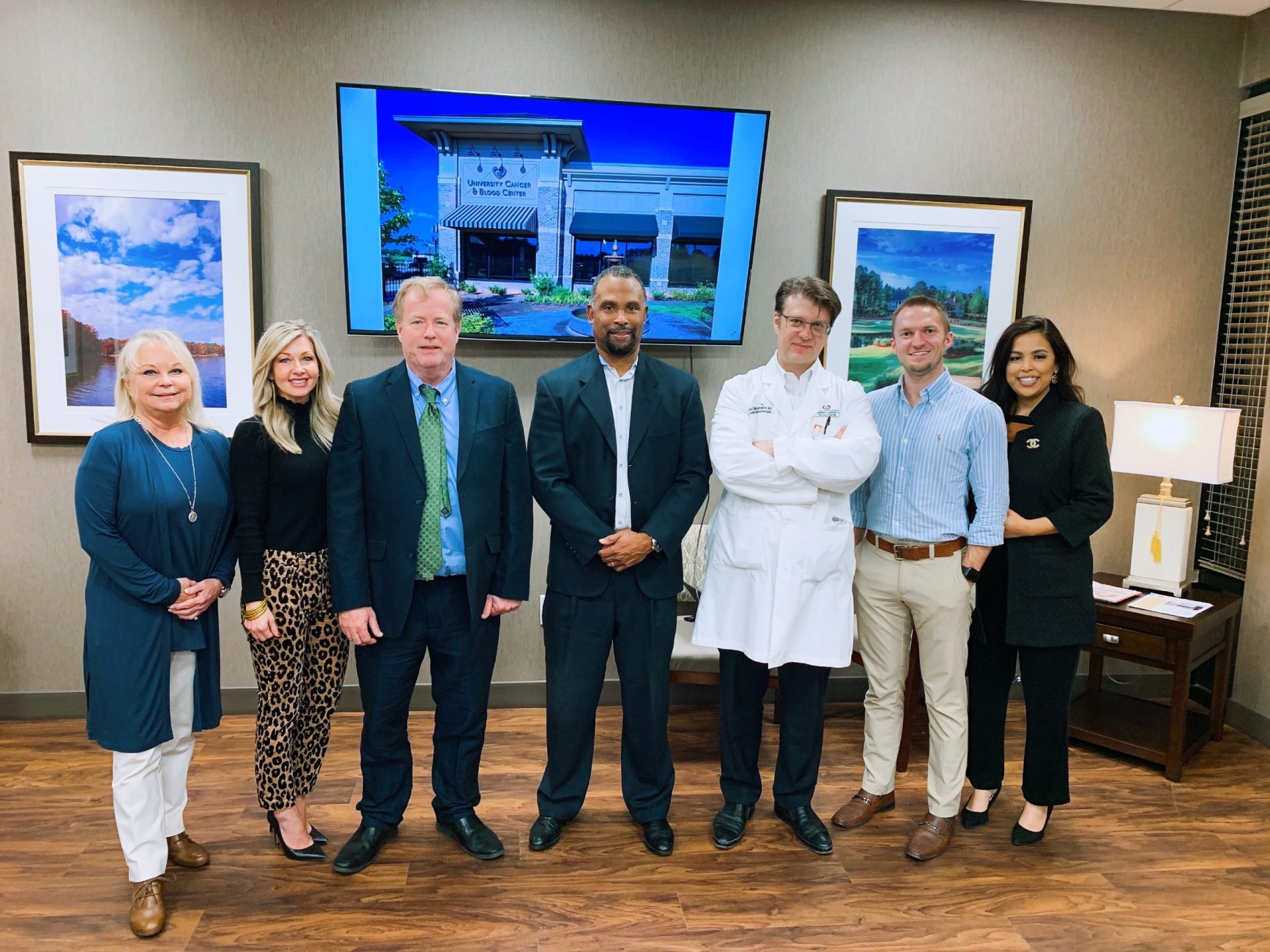 On Monday, Dec. 2, 2019, local healthcare providers in the region teamed up to provide residents with valuable information on fighting lung cancer at the University Cancer & Blood Center in Eatonton, GA. The  Lung Cancer Information Session was free and open to the public.

The information session was created to unite the community behind a collaborative effort among providers to help fight lung cancer. Survivors, caregivers, friends, and neighbors who are passionate about saving lives from lung cancer attended the two-hour session. Since one in 10 people who get lung disease are not smokers, it’s important to get new information on screening and prevention as it becomes available.

“It was a great event,” says Brandi Talton, Chief Development Officer for Atlanta Oncology Associates of Lake Oconee (also known as Oconee Cancer Care), representing one of the providers in attendance. “The speakers talked about lung cancer, early detection screenings, as well as the latest updates in lung cancer research and treatment with new technologies.”

Dr. Quinn discussed new technologies in treating lung cancer with targeted radiation. Radiation is more localized now and can be used to shrink the tumor, but protect healthy tissue around the tumor.  He also gave an overview of the cancer facility located at 1000 Cowles Clinic Way Magnolia Building, Suite 100, and what patients can expect during their treatments.

Dr. Nikolinakos talked about the different stages of lung cancer and new technologies in treating lung cancer with chemotherapy and/or immunotherapy.

Dr. Jackson talked about the importance of early detection and screenings available for lung cancer. He also discussed one of the devices that is used to screen for lung cancer—a CT low dose lung machine.

According to the American Lung Association, a low-dose CT scan is a special kind of X-ray that takes multiple pictures as you lie on a table that slides in and out of the machine. A computer then combines these images into a detailed picture of your lungs. A study on early detection of lung cancer found that the low-dose cancer screening test can reduce mortality for those at high risk. If you’re a current or former smoker over the age of 55, you could be at risk.

Talton hopes to continue to support events such as this to put a spotlight on what residents at Lake Oconee have in their own backyard in terms of treatment.

“We’re trying to educate the community and bring more awareness to diseases such as breast cancer or lung cancer,” she says. “And we want people to know they don’t have to drive far from home to get the exact same treatments as a big city has  or for screenings.”