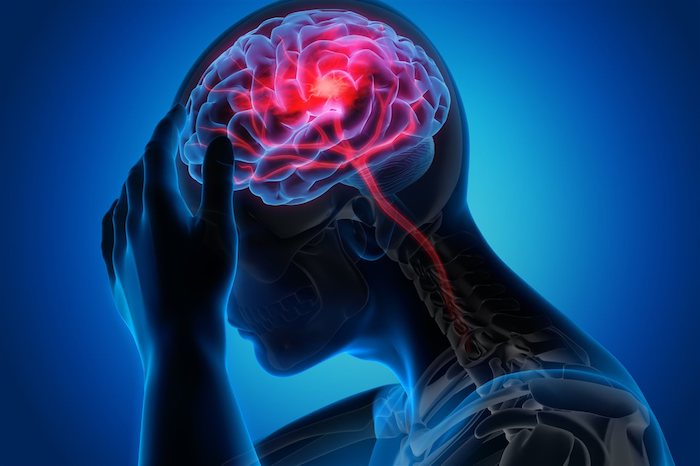 It could be due to a car accident. It might be attributed to an injury at work. It might be the result of a simple fall. Traumatic brain injury can happen to anyone of any age, and it’s probably more common than you think.

What is traumatic brain injury (TBI)?

A TBI is often caused by a bump, blow or jolt to the head that disrupts the normal function of the brain, according to the Centers for Disease Control and Prevention. Severity of TBI can be mild and temporary or severe and life altering. In the worst cases, a person can die from a TBI.

The number of TBI-related emergency department visits, hospitalizations and deaths has increased by 53% and an average of 155 people in the U.S. die every day from injuries that include a TBI, according to CDC data from 2006-2014. There is an estimated $80 billion in lifetime costs within the U.S. alone related to TBI.

“People who experience and survive a TBI often suffer from numerous other health conditions as a result, including headaches, memory loss, anxiety and depression, sleep deprivation, epilepsy and even alcohol or drug abuse,” said Dr. Ramon Diaz-Arrastia, Professor of Neurology and Director of Clinical TBI Research at the University of Pennsylvania. “Concussions in sports have helped bring the frequency of TBIs to light, but there’s still so much work to do because everyone is impacted by this condition either directly or indirectly.”

Who is impacted most by TBIs?

Research shows TBI disproportionately affects vulnerable populations. For example, recent peer reviewed research shows that 53% of homeless people have suffered from TBI, according to health journal “The Lancet Public Health.” Additionally, more than 65% of prisoners and 75% of women experiencing domestic violence have suffered from TBI, according to the “Journal of Neurotrauma.”

People in the military are more susceptible to TBI. Concussions have been capturing headlines for athletes, who also are at high risk of experiencing a TBI. It’s a leading cause of disability and death in children. When someone experiences this type of injury, their life can be forever altered. It also impacts their family as well as society as a whole, as some cannot continue to work, care for a home or even properly care for themselves without assistance.

The need for research and new treatments

“To better address this public health issue, we must create a national registry that will provide critical information to help move forward the medical treatment of individuals with TBI so we can improve their care and research new treatments,” said Dr. Stephanie Kolakowsky-Hayner, President Elect, American Congress of Rehabilitation Medicine.

She is joined by leading TBI organizations like the Brain Injury Association of America and the Congressional Brain Injury Task Force to call for action from The Department of Health and Human Services (HHS) to create this type of national registry. The current system is decentralized and relies on states and regions to construct their own registries, leaving millions of people without resources to manage their TBI. The goal is to develop a single, standardized level of care for individuals living with TBI nationwide.

A comprehensive registry would also facilitate more clinical trials, which could advance the treatment of people with TBI. One treatment showing promising initial results is a regenerative cell medicine (SB623) composed of stem cells that are implanted around the injured area. Focused on improving chronic motor deficiency, the Phase II data last year reported the effectiveness of the treatment that may regenerate brain cells following a TBI.

To learn more about TBI visit www.cdc.gov. To learn about research and efforts being made to advance a national registry, visit www.biausa.org.