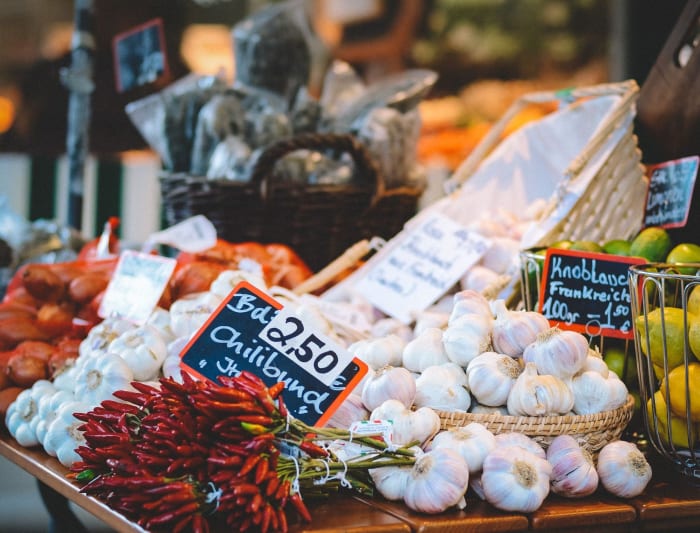 By Dr. Matthew Budoff, MD, FACC, FAHA, and Professor of Medicine at UCLA

Fish oil supplements are often touted for hearth health, however research has shown a surprising benefit using garlic therapy. This often-overlooked vegetable has some very important preventative and healing benefits that cannot be ignored for heart health.

Garlic is one of the oldest cultivated plants on the planet and has been used by various cultures for thousands of years. It was worshipped by the ancient Egyptians and thought to ward off evil spirits and increase strength. Ancient Greeks and Romans used garlic, too. Greek athletes and soldiers ate garlic before entering the arena or the battlefield because they also thought it had strength-enhancing properties. Greek midwives hung garlic cloves in birthing rooms to repel demons. Roman soldiers ate garlic for inspiration and courage.

But garlic is not just a remedy of the past. Garlic has been the subject of 4,525 study abstracts that can be found in the National Library of Medicine showing it can successfully help with more than 150 chronic diseases, including infections and heart disease.

Although raw garlic is powerful on its own, Aged Garlic Extract serves as even more effective natural antibiotic. Research has also shown that it can dramatically improve heart health; reverse early heart disease; and prevent strokes and heart attacks. Aged Garlic Extract may not replicate the effects of cholesterol or blood pressure lowering drugs, but it has been shown to reduce cholesterol by 10% and reduce blood pressure by three to eight points, which is very significant.

Currently there are more than 870 peer-reviewed published scientific articles that demonstrate the efficacy of Aged Garlic Extract. In one groundbreaking clinical study we did at the Lundquist Institute at Harbor-UCLA Medical Center, Kyolic Aged Garlic Extract was shown to reverse heart disease. After a year, the CAT scans showed that the subjects taking the Aged Garlic Extract slowed total arterial plaque by 80%, reduced soft plaque and demonstrated regression for low-attenuation plaque, which is the most vulnerable component of atherosclerosis. Getting rid of plaque in the arteries is very hard to do, so this study was highly significant and promising.

Aged Garlic Extract works through a multitude of mechanisms, to improve cardiovascular health by lowering blood pressure, cholesterol and inflammation in the body. This is exciting, because using Aged Garlic Extract therapy could potentially slow down cases of coronary disease that has become an epidemic across multiple populations in the United States.

Although one might inquire about eating garlic in their food instead of taking it in supplement form, I recommend patients take garlic supplements that we used in our studies, specifically Kyolic Aged Garlic Extract, because it can be better tolerated, and allows for precise dosing and consistency. Reaping the health benefits of garlic in its raw form requires consuming large quantities and tolerating the resultant side effects of garlic breath and possible indigestion. Supplementation is much more effective and can yield potentially more powerful and precise results. Aged Garlic Extract, which is created by aging raw organic garlic in temperature controlled tanks for up to 20 months, increases garlic’s antioxidant potential and converts harsh and unstable organosulfur compounds into odorless, non-irritating and bioavailable compounds – unique compounds that are responsible for Aged Garlic Extract’s numerous health benefits.

Garlic also has an anti-inflammatory effect and has been shown to block inflammation and help with infections. Studies dating back for at least the past 100 years have shown that garlic can help with bacteria, viruses and fighting infections. Garlic can reduce the symptoms and sometimes even prevent someone from getting an infection.

Now more than ever, we should all prioritize our immune and heart health. Stress is inevitable; it’s how we manage it that makes the difference.

Budoff is on the editorial boards of several cardiology journals, including Clinical Cardiology, Journal of Invasive Cardiology, JACC: Cardiovascular Imaging, and Cardiovascular Diabetology. Budoff has authored or coauthored more than 50 books and book chapters and more than 2,000 articles and abstracts. He has received numerous research grants from the National Institutes of Health and has been invited to lecture at cardiology conferences around the world.

In addition to his 2015 appointment as the Endowed Chair of Preventive Cardiology at Harbor-UCLA Medical Center, he has been recognized for his work by the Society of Cardiovascular Computed Tomography, from which he received the Gold Medal Award and recently designated as Master of the Society of Cardiovascular Computed Tomography (MSCCT), and has been inducted into the European Academy of Sciences. Budoff has been named to “America’s Top Doctors” for each of the past nine years. In 2011, he was named a U.S. News & World Report Top Doctor for cardiology, was awarded the Albert Nelson Marquis Lifetime Achievement Award in 2018 and named “The world’s most influential scientific researchers” in 2018 and 2019.