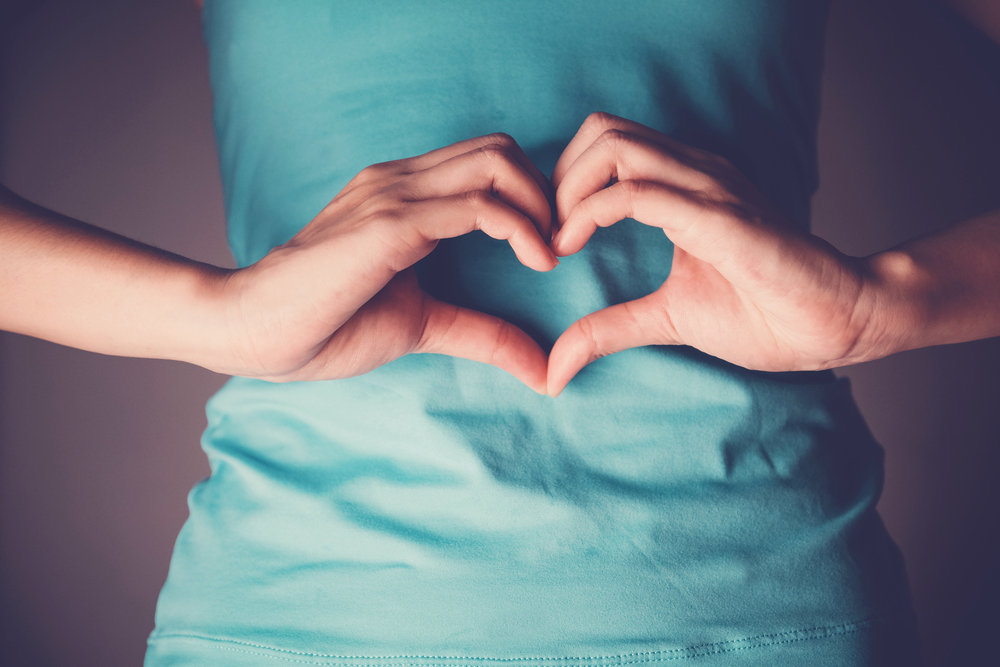 They say the way to a person’s heart is through their stomach. Well, the same can be said for one’s mental health! It’s a little-known fact that serotonin—the hormone that controls moods—is created in the gut. Without a properly functioning gut, which needs a healthy diet to operate, the resulting imbalance in those hormones may disrupt the production of serotonin leading to depression and other poor mental health outcomes.

Serotonin, also known as 5-hydroxytryptamine (5-HT), is a chemical (neurotransmitter) that connects the nerve cells in the brain to the entire nervous system. Serotonin is responsible for a plethora of important bodily functions including:

Serotonin, mental health, and the gut

An imbalance of serotonin can negatively affect mental health and is associated with mood disorders, depression, anxiety, and panic attacks. Since a majority of serotonin is found in the gut, it makes sense that the GI tract would play a significant role in serotonin balance and, by relation, mental health.

A study on Gut-Brain Axis and Neurological Disorders – How Microbiomes Affect our Mental Health found that gut microbiota play a significant role in brain function and can alter behavior, mood and even lead to the development of neurological conditions. The abstract notes that intestinal microbiota produce and modulate neurotransmitters, such as serotonin, and connect gut microbiota to the central nervous system (CNS), immune signaling and the regulation of neurological and immunological activity in the brain.

The idea that we could support healthy brain function through a modified diet is wonderful news and is supported by research on diet and the microbiota in the gut. How nutrition affects the production of neurotransmitters can cause neuroinflammation, which impacts brain regulatory centers.

As further evidence that the gut plays a role on mental health, a recent study found a correlation between Intestinal Permeability and Depression in Patients with Inflammatory Bowel Disease. This is important to note as intestinal permeability (also known as leaky gut) can be caused by dietary proteins, and changes in diet can potentially reverse the effects.

So, if leaky gut can be caused by dietary proteins, which leads to gut inflammation, as well as impacting the patient’s mental health, it makes sense that a change in diet to avoid the cause of intestinal permeability will also positively affect the mental health of the patient.

Leaky gut can be caused by food reactivity and food sensitivity. Intestinal permeability can also lead to immune dysregulation and autoimmune disorders, both of which can affect mental health of a patient.  It can become a cycle that often goes unnoticed by patients and therefore might not be brought up with their doctor. Physicians treating patients for mental health disorders should consider discussing diet, even if the patient doesn’t bring up dietary or digestive concerns.

Further evidence suggests that Irritable Bowel Syndrome (IBS), another intestinal condition, and serotonin are connected, with researchers finding that the Serotonin Transporter-SERT is diminished in IBS patients. Additionally, a decrease in serotonin in the intestinal lining can lead to constipation. Finally, 50 to 90 percent of those with IBS were also found to have psychological conditions including anxiety or depression.

This means that the serotonin levels in the gut not only contribute to overall intestinal and autoimmune health, but also significantly impact the mental health of those with varying levels due to digestive issues.

When it comes to an individual’s diet, there may be several sources of food reactivity and sensitivity. Common foods that can increase intestinal permeability include gluten, the bovine milk protein butyrophilin (BTN) and other dietary proteins.

Gluten is found in foods that contain wheat such as bread, cereal, pasta and even beer. Reactive dietary proteins can be found in a variety of foods including corn, soybeans, spinach leaf, tomato, and of course dairy products such as milk, cheese, yogurt, and butter.

This is just a small list of foods that could trigger immune dysregulation and therefore affect the gut and the production of serotonin, so it’s important that everyone understand their own food reactivity to know which foods to avoid for optimal gut function, serotonin production, and even mental health.

Get insights to improve serotonin levels and mental health through diet

Cyrex Laboratories, a clinical laboratory specializing in functional immunology and autoimmunity, offers several arrays which can be valuable tools in the question for an optimized diet and, consequently, improved mental health.

One such test is a panel called the Array 10 – Multiple Food Immune Reactivity Screen™. This test is the result of 30 years of scientific development, and evaluates the immune reactions to foods, both raw or modified (cooked), food enzymes, lectins and artificial food additives including meat glue, colorings and gums.

The Array 10 offers early detection of dietary-related triggers of immune dysregulation and autoimmune reactivity and can be used to monitor the effectiveness of a customized dietary protocol. The Array 10 also gives doctors a preventative test, which can provide insights so that patients can modify their diets in advance of GI issues or mental health concerns.

Both doctors and patients might also be interested in Cyrex’s Array 2 which evaluates intestinal barrier integrity, the Array 3X which evaluates wheat and gluten antibodies as well as antibodies to gluten-related self-enzymes, and the Array 4 which identifies foods that are cross-reactive to gluten as well as common dairy protein immune reactions.

Knowing what foods cause reactivity and can lead to intestinal permeability will help patients, with guidance from their physicians, create a diet plan specific to their needs. This will lead to a healthier gut which will be able to function properly and increase the likelihood of proper serotonin production and moderation, which will ultimately have a positive impact on the patient’s mental health.

Dr. Chad Larson, NMD, DC, CCN, CSCS, Advisor and Consultant on Clinical Consulting Team for Cyrex Laboratories. Dr. Larson holds a Doctor of Naturopathic Medicine degree from Southwest College of Naturopathic Medicine and a Doctor of Chiropractic degree from Southern California University of Health Sciences. He is a Certified Clinical Nutritionist and a Certified Strength and Conditioning Specialist. He particularly pursues advanced developments in the fields of endocrinology, orthopedics, sports medicine, and environmentally induced chronic disease.

Mark R. Engelman, M.D., is the Director of Clinical Consulting for Cyrex Laboratories. He is also the Founder and President of the Engelman Health Institute. Dr. Engelman’s medical record includes 23 years as the director of St. Joseph’s Medical Center emergency department; a standby physician for two American Presidential administrations; President of the Maricopa County American Heart Association; Chief Physician for the Arizona Boxing Commission, Founder and CEO of AmeriMed American Hospitals in Mexico; and an expert speaker on emergency medicine both nationally and internationally. He’s an expert in immunology who has served as a standby physician for two presidential administrations and founded the Engelman Health Institute (among a long list of other distinctions throughout his career).