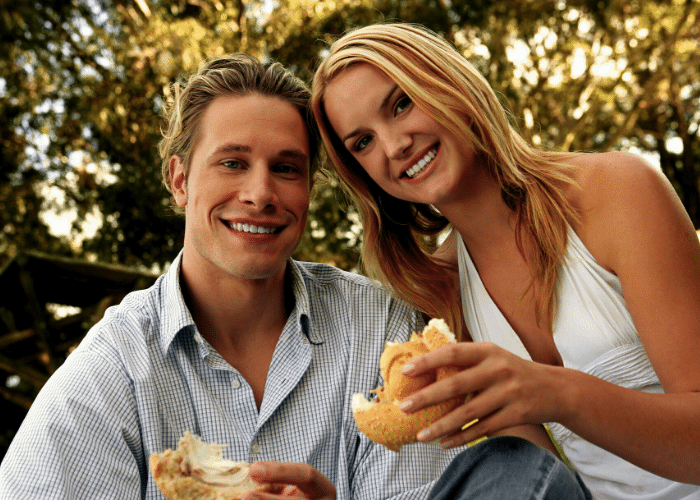 The gluten-free industry is predicted to reach 15.6 billion in sales, with 28% of Americans set on avoiding wheat and gluten products. Many are choosing to avoid wheat because they don’t feel good after eating it, want to lose weight or have been convinced it is unhealthy.

Before you give wheat a life sentence as a bad food, here are some whole wheat facts and tips that may allow you to successfully break bread once again.

In another report by the Journal of Agriculture and Food Chemistry, the average American ate 86 pounds more wheat flour in the year 1900 than they did in 2008, suggesting that the increase in celiac disease and gluten sensitivity may not be from the gluten after all.

The Takeaway: Ancient strains of wheat that include Einkorn, Emmer and Kamut have been found to have more antioxidant activity than modern wheat and are good grains to start with as they are also typically prepared without industrial processing. But, not all modern wheats are created equally. Spelt is a much easier grain to digest because it has 40% less of the hard-to-digest anti-nutrients called phytic acids than common whole wheat. Anti-nutrients protect grains, beans, seeds and nuts from invading bacteria. Sprouting whole wheat is another technique to break down the anti-nutrients, making the bread easier to digest. Rye has been shown to have a significantly lower glycemic index and is better if you are concerned about your blood sugar.

There is no doubt that the gluten in wheat is a hard-to-digest protein, but history suggests that we are well-adapted to digest it. For starters, new research from the University of Utah have found evidence that early humans have been eating C-3 grasses such as wheat and barley for at least 3.4 million years – not 10,000 years as you may have heard.

As for adapting to wheat, we have. Studies have found microbes that specifically  produce enzymes for breaking down gluten in the mouth, esophagus, stomach, small and large intestines. There are also enzymes produced in the small intestine that can break down the hard-to-digest A-gliadin glutens.

The Takeaway: Early bakers discovered that fermenting the wheat flour with beneficial bacteria made the wheat much easier to digest. In a handful of studies, sourdough bread was found to reduce the gluten content of the bread, even rendering it “gluten-free.” In fact, when they served this bread to patients with celiac symptoms, they did not measure any increased intestinal inflammation. This is not suggesting that folks with celiac can safely eat or should try eating sourdough bread, but for those with gluten sensitivity, sourdough bread is a good place to start. You can find healthy versions of these at an artisan bakery or a natural food store.

Did you ever wonder why the bread you buy in the supermarket stays “fresh” and squishy for weeks without getting hard or moldy, while old-fashioned baked or artisan breads get hard in just a couple of days?

Modern breads are loaded with dough conditioners and preservatives that keep the bread squishy and “fresh” or resistant to mold for weeks. In addition to the many chemicals and added sugars put in most breads, the most dangerous of all is the added oils. Most breads have added oils in them, which are key for their so-called freshness, squishiness and shelf life.

The oils used are typically super refined, bleached, boiled and deodorized, which leaves them nothing like the oil when it was originally pressed from the seed or vegetable. Freshly cold pressure oils will go rancid more quickly when exposed to light, and baking even the best oils renders them indigestible for both humans and the bacteria that naturally make bread get hard and moldy.

Remember, the human body is made up of cells that are 90% bacteria and only 10% human – and if the 90% is doing the heavy lifting for most our body’s immunity, mood and functions, don’t you think we should be eating foods that both humans and the bacteria can digest?

The additives and baked oils are what makes foods processed. In one study, when folks ate a diet of processed foods, they had a 141% increased risk of belly fat, high blood pressure, high cholesterol and high blood sugar. When they ate a non-processed diet including whole wheat, they saw a 38% reduction in risk of the same concerns.

The Takeaway: The ingredients in a healthy and digestible loaf of bread should look something like this: organic whole wheat, water, salt, starter – with no cooked oils. As for the rest of the potentially toxic ingredients unnecessarily found in most breads, avoid sugars or sweeteners, even natural ones like cane sugar, honey or molasses. Also, avoid breads with ingredients you do not recognize. If you don’t know what it is, than it’s probably best to not eat it.

Dr. John Douillard, DC, CAP, is a globally recognized leader in the fields of natural health, Ayurveda and sports medicine. Over the past 30 years, he’s helped over 100,000 patients repair their digestive system and eat wheat and dairy again. He is the creator of LifeSpa.com and author of the book, Eat Wheat: A Scientific and Clinically-Proven Approach to Safely Bringing Wheat and Dairy Back into Your Diet. For more information, please visit, www.eatwheatbook.com and connect with Dr. Douillard on Twitter, @johndouillard.