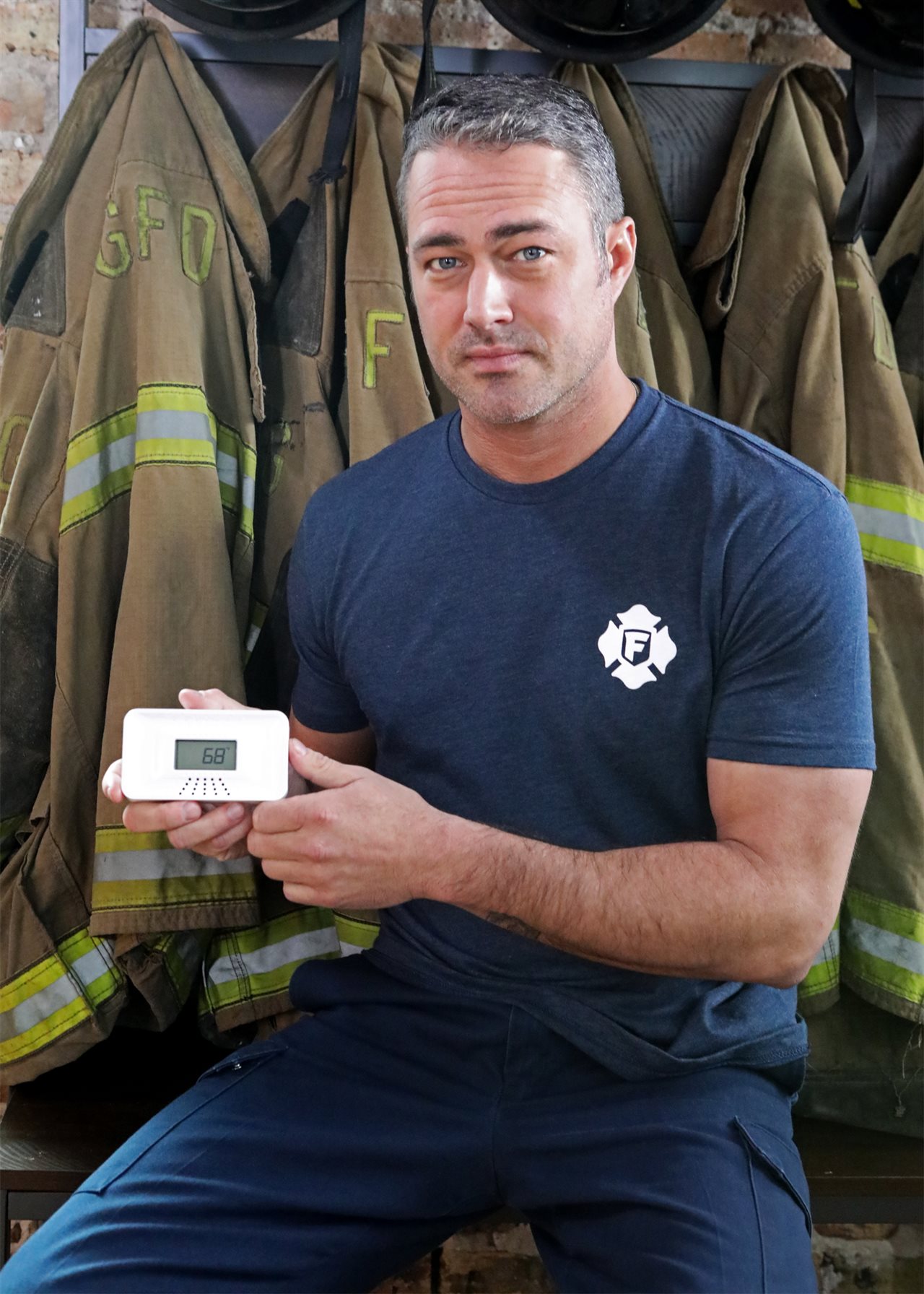 As temperatures drop and we crank up the heat or turn to alternative power sources, the risk for carbon monoxide (CO) poisoning significantly increases. Often dubbed “the silent killer,” CO is an invisible and odorless gas that is impossible to detect without a CO alarm.

Recent surveys revealed more than 40% of American homes do not have CO alarms, and nearly two-thirds of homes do not comply with established CO alarm recommendations. According to the National Fire Protection Association, CO alarms should be installed on each level of the home, including the basement, and near every sleeping area.

Everyone is at risk for CO poisoning, so it’s vital to be prepared and aware! As one of America’s favorite TV first responders, actor Taylor Kinney knows the importance of practicing and maintaining proper home safety precautions, which is why he is partnering with First Alert to share important messages about home safety.

“You never think your home will be the one to catch fire, but then it happened to me,” said Kinney. “It’s the same with carbon monoxide, which is why educating the public about CO is so important. The danger CO can cause in your own home is real, and the only way people can protect themselves is with an alarm.”

Here are tips on how to avoid this preventable risk:

Carbon monoxide can be produced from any fuel-burning device, such as furnaces, boilers, stoves and even cars. It is important to have appliances inspected annually and never use a generator indoors or anywhere CO can collect. Also, be mindful of the garage. Never leave a car running in a garage, even if the door is open, as fumes can leak into the home.

CO poisoning is notoriously difficult to diagnose. Because you can’t see or smell carbon monoxide, you might not recognize the symptoms of CO poisoning, as they can be confused with those of the common cold or flu, such as nausea, headaches, dizziness and weakness.

Equipping your home with working CO alarms is the only way to detect this poisonous gas. For premium protection against both fire and CO, install combination alarms for 2-in-1 protection, such as the First Alert 10-Year Battery Smoke & Carbon Monoxide Alarm, which eliminates battery replacements for a decade. Once installed, maintenance is key. Remember to test your alarms regularly and replace alarms at least every 10 years. If CO symptoms appear, or if an alarm sounds, move to fresh air immediately and then call 911.

Knowing — and practicing — what to do in the event of an emergency is crucial. Develop a plan in case of a fire or CO incident. This includes designating an outside meeting place a safe distance from the home and, once safely outside, calling 911. If CO symptoms appear, or if an alarm sounds, get everyone outside to fresh air immediately. Once out, stay out until the home is cleared and safe to re-enter.

Tips for Preventing Staff Injury in Your Medical Practice