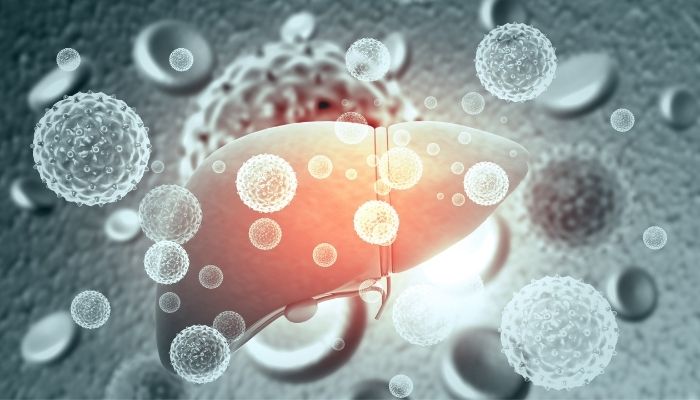 Even after you crack the code, however, there’s more than meets the eye when it comes to hepatitis. We’ll explain what some of the differences between hepatitis viruses are: how we transmit them, how you can protect against them, and how to treat them if you do contract them.

Hepatitis A: “A” for Acute?

Hepatitis A is unique among the three major strains in that sufferers must deal with an acute rather than chronic infection. Also notable is its means of transmission. While other strains require contact with bodily fluids, this virus can travel through the same fecal-oral route as many familiar foodborne pathogens: Salmonella, Campylobacter, E. coli, and Cyclospora, to name but a few. Foodborne hepatitis can cause a serious infection that can last for several weeks. Hepatitis A outbreaks are serious business: the Tex-Mex restaurant Chi-Chi’s fell from grace when contaminated vegetables caused death and illness in over 600 victims. Once popular, it’s now defunct. Fortunately, we can prevent hep-A infections through a vaccine as well as conscientious handling practices of produce at all stages.

Hepatitis B: A Chronic Threat

Acute liver inflammation presents a serious risk. Perhaps worse is the possibility of it becoming a chronic condition—one that can lead to the development of liver cancer. Hepatitis B, unlike the A strain, requires direct transmission through blood or other bodily fluids, where the virus can reside. Hepatitis B, thankfully, can’t reside in contaminated food, but it’s often a sexually transmitted disease, and tattooing under less-than-sterile conditions has caused infection as well. Children undergo immunizations for hepatitis B, usually soon after birth with follow-ups in early adolescence. One of the differences between hepatitis viruses is that hep-B can also carry a “satellite” virus, hepatitis D, which can intensify the infection.

Even more so than hep-B, the hepatitis C virus can cause chronic liver inflammation, the likes of which can lead to cirrhosis and eventual liver failure. Over half of all sufferers of a hepatitis C infection will go on to develop a chronic condition. Unlike strains A and B, there is no vaccine for this virus. Rigorous intervention with antiviral drugs is the only way to prevent an infection from spiraling out of control. Hep-C travels strictly via infected blood, and it’s commonly through the shared use of intravenous needles that the virus propagates. The best way to avoid this most dangerous strain is to avoid drug abuse.