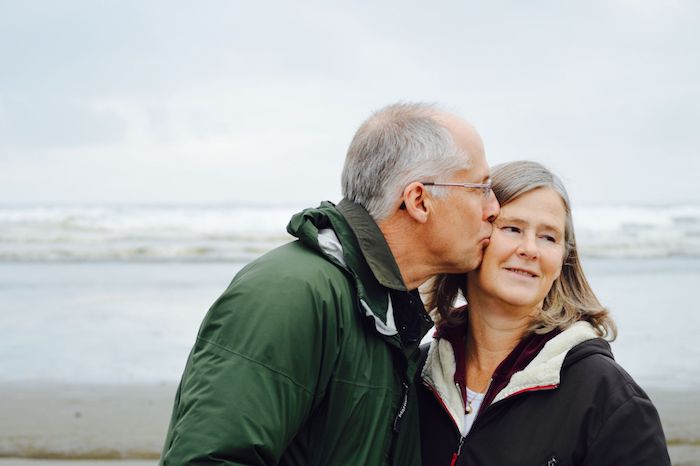 Alzheimer’s. It’s not surprising that we hear and read more about the disease today than ever before, because dementia now affects 1 in 10 Americans age 65 and older. The prevalence of Alzheimer’s has made some of us hypervigilant about changes in our own cognitive health. Struggling to recall a person’s name, forgetting an appointment, or searching yet again for our car keys can be unsettling. But before concluding that you’re on your way to dementia, consider that there are a number of treatable conditions, such as sleep disorders, that can lead to cognitive impairment—a catch-all term used to describe trouble with memory, learning new things, decision-making, and concentration. Four of the most common causes of reversible cognitive impairment are Lyme disease, protracted depression, vitamin B12 deficiency, and certain prescription medications.

Years after his diagnosis of Alzheimer’s disease, singer Kris Kristofferson revealed in a Rolling Stone article that he sought a second opinion from a curious doctor who tested him for a bacterial infection. To his great relief, Kristofferson learned that he was suffering from impairment brought about by Lyme disease, a condition caused by spirochete bacteria that are transmitted by a bite from an infected deer tick. In up to four percent of long-term Lyme cases, the bacteria enter the nervous system causing a dementia-like syndrome known as Lyme neuroborreliosis (LNB). The condition is treated with intravenous antibiotics that cross the blood-brain barrier and eradicate the bacteria.

Pseudodementia is cognitive impairment that develops as a result of one’s psychiatric health status and not because of neurodegenerative events in the central nervous system. This type of impairment is most frequently associated with protracted bouts of depression. Pseudodementia manifests like authentic dementia in that individuals lose executive function and memory; however, they typically have trouble recalling both recent events and events from the past, whereas in authentic dementia, at least in the early stages, memory loss is chiefly relegated to recent memories. This is treated with both antidepressant medications and talk therapy.

Vitamin B12 deficiency is another cause of reversible cognitive impairment. Vitamin B12 levels decline with age and surveys suggest about 16 percent of 20- to 59-year-olds and at least 20 percent of those aged 60 or older are deficient. Vitamin B12 is critical to memory and general cognitive function. Conditions such as gastritis, Crohn’s disease, and Celiac disease can significantly impede the absorption of vitamin B12. Metformin, a popular diabetes drug, and alcohol consumption also may impair vitamin B12 absorption. Treatment involves intravenous B12 therapy and oral supplements.

Because of their strong anti-inflammatory and immunosuppressive effect, prednisone and other corticosteroids, are commonly prescribed for ailments including allergies, arthritis, asthma, immune disorders, and skin diseases. The number of elderly Americans who are prescribed these drugs continues to rise. An overlooked side effect is that the medications can cause some individuals to develop dementia-like cognitive changes including memory loss, disorientation, and problems with executive dysfunction. Most cases are resolved within a couple of months after the medications are stopped.

Changes in cognition should be evaluated by a healthcare professional who can determine what factors may be contributing to the change by, for example, reviewing medications you are taking, evaluating any substance use, and performing a blood test called a metabolic panel. If these reveal that your cognitive changes are caused by a treatable condition, you may be able to reverse the decline by treating the underlying condition.

Joseph Keon is an investigative writer in the field of preventive medicine. He holds fitness expert certifications from both the Cooper Institute for Aerobics Research and the American Council on Exercise. In his work as a wellness consultant in the public and private sphere for over 20 years, Keon focused on chronic degenerative diseases and their relationship to modifiable lifestyle choices. He is a past member of the Board of Directors of the Wild Oats Wellness Foundation and Dr. Helen Caldicott’s Nuclear Policy Research Institute as well as the Marin Health Council, an advisory to the Marin County Board of Supervisors. Keon is currently a member of the American College of Lifestyle Medicine. Keon is the author of The Alzheimer’s Revolution as well as three other books including Whitewash: The Disturbing Truth about Cow’s Milk and Your Health.