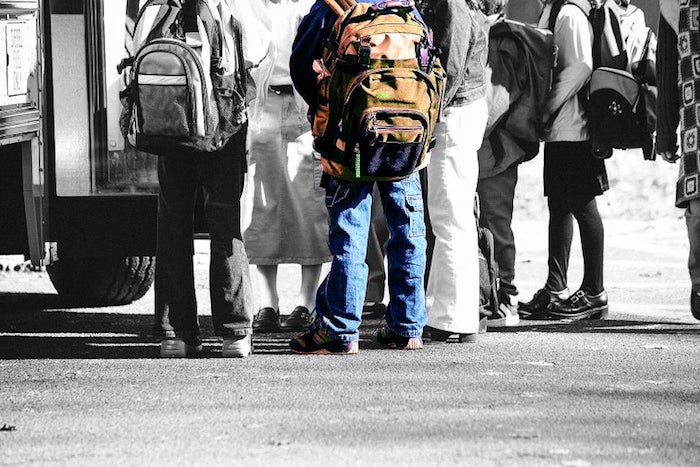 Childhood bullying has become such a widespread problem that one Wisconsin community even proposed levying $1,000 fines against the parents of bullies.

In most cases, though, bullied children can’t count on help from their city councils, so it’s often up to their parents to help them find solutions. In extreme situations, fighting back might be the answer, but that should be a last resort, says a martial arts instructor who has taught young people how to face bullies.

“You can learn to bob and weave, and to deliver punishing blows, and when it comes to self defense that’s all very important,” says Jerry Bola, who has practiced martial arts for nearly four decades and is creator of the Martial Art Extreme DVD training program.

“But what is perhaps even more important is the confidence that comes with martial arts training. That confidence alone is often enough to help you stand up to bullies without ever actually fighting them.”

Bullying doesn’t just present momentary problems for young people. It can create serious health concerns, including physical injury, social and emotional distress, and even death, according to the Centers for Disease Control.

Bola offers a few tips for parents of children who face harassment at school or on the playground:

•    Let the bullied child know you support them. It’s important for children to know you will listen to them and do all you can to help them. Counselors often remind parents that they shouldn’t place blame on the child by asking questions such as, “Did you do something that might have made them bully you?” That wrongly puts the blame on the victim.

•    Tell the child they can be assertive without being violent. Bullies tend to prey on those they can easily push around, emotionally or physically. That’s why it’s important to let them know they can’t push you around, Bola says. This is where the confidence that martial arts training provides plays a significant role. “Children who know they can defend themselves if it comes to that can much more easily look a bully in the eye and brush off their taunts without letting things escalate,” he says. “They are able to stay calm as they speak to the bully.”

•    Encourage them to report the problem. If the bullying is happening at school, the child should let a teacher, school administrator or other adult know. The parent can also contact someone at the school to discuss what is happening so action can be taken.

Getting your child involved in an activity that they can become good at – playing baseball, learning a musical instrument, joining a swim team – can also serve to help improve their confidence and self-esteem, Bola says.

He, of course, is a big believer in martial arts as one such option.

“It gets you in shape physically and mentally,” Bola says. “As you transform your body, you’ll also transform your mind to be more focused, more disciplined and more aware. You’ll build the confidence to know you have what it takes not only to stand up against bullies, but to overcome any challenge in life.”

About Jerry Bola
Jerry Bola, a martial arts instructor, is the creator of Martial Art Extreme, a DVD training program designed to help people build confidence, deal with bullies, lose weight and stay fit. Bola has practiced martial arts for nearly 40 years. He previously worked as a correctional officer, but now is a real estate agent and building contractor when he’s not giving martial arts instruction.

Three Appointments to Add to Your Back-to-School Checklist

Back-To-School Quiz for Parents: Put Your Vaccination Knowledge to the Test

How To Spot Early Childhood Diseases and Disorders