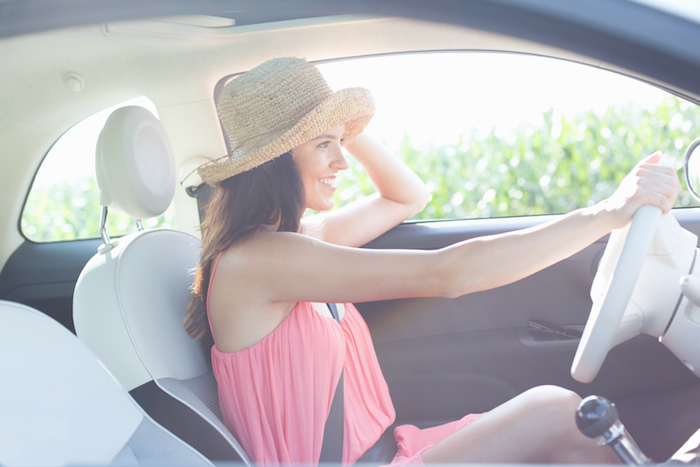 This marks a very busy time of the year and AAA spotlights safe driving campaigns as activities pick-up throughout our communities. As millions get behind the steering wheel, national organizations are embarking in high visibility campaigns to help remind us to drive safely where ever you are driving.

Motor vehicle accidents are the third leading cause of death and injury in the United States. Often, alcohol and excessive speed are implicated, but distraction, aggressiveness and carelessness also play a role.

Before anyone gets behind the wheel of a two-ton frame of glass and steel, here are some important reminders offered by experts to help stay in control and operate a vehicle safely.

Dr. Nina’s What You Need To Know:  Driving Safety

Being a safe and responsible driver takes a combination of knowledge, skill and attitude. To begin, you must know the current traffic laws and driving practices that help traffic move safely. And too, a driver’s attitude must demonstrate care about the safety of others in the vehicle and on the road.

As a defensive driver, you can help to avoid crashes and lower your risk behind the wheel. You know that not everyone drives well — but most people think they do.

Some drivers speed aggressively. Others wander into another lane because they aren’t paying attention. Drivers may follow too closely, make sudden turns without signaling, tailgate, honk, cut people off, flash headlights or weave in and out of traffic. Aggressive driving has increasingly become a major cause of concern and is now extremely common among U.S. drivers.

Don’t be an aggressive driver and if you encounter an aggressive driver, you can avoid a dangerous situation by backing off. The Department of Motor Vehicles (DMV) underscores, “you can’t control another driver’s behavior, but you can control your own.”

And while aggressive drivers are known road hazards, causing a significant amount of all traffic crashes, now inattentive or distracted driving is becoming more of a problem as people “multitask” by talking on the phone, texting or checking messages, eating, touching gadgets, adjusting a radio, MP3 player or navigation system, talking to passengers or even watching TV as they drive.

You can’t control the actions of other’s but with smart defensive driving skills you can help avoid the dangers caused by other people’s bad driving as well as other disruptive behaviors in your vehicle.

Ditch Distractions and Focus. Research shows that taking your eyes off the road for just two seconds doubles your chances of crashing.

Driving is primarily a thinking task, and you have a lot of things to think about when you’re behind the wheel: road conditions, your speed and position, observing traffic laws, signs, signals, road markings, following directions, being aware of the cars around you, checking your mirrors — the list goes on. Staying focused on driving — and only driving — is critical to safe driving.

Despite the warnings, it is estimated that motorists are engaging in distracted behavior more than half of their time spent driving! That is a sad, staggering fact – that can be prevented! You are in control of behaviors in your vehicle! Make sure to pull over to text, respond to emails or calls, eat, groom, use a map or navigation system.

Be Patient In our busy world, time is of the essence, but unfortunately, far too many motor vehicle collisions are caused by drivers trying to rush. Take the necessary precautions—and time—to arrive safely at your destination. Being issued a moving violation or involved in a crash will certainly delay arriving at your destination on time.

Buckle Up: Experts agree that this is one of the single most effective measures to protect ourselves and our passengers in a crash. Additionally, your vehicle’s air bags will not work properly if you are not fastened. According to the United States Department of Transportation, in 2016, seat belts saved nearly 15,000 lives! Buckle up!

Keep children buckled into the right type of seats. Installing the car seat correctly is just the first step — the next is using it correctly. The first car seat children will use will be rear facing and installed in the back seat — never in the front seat. That’s to protect a baby from the airbags.

And as children get older, booster seats should be used (still in the back). The shoulder belt needs to cross their body at the shoulder, not their neck, and the lap belt needs to be across their lap, not against their tummy. They may need to use that seat until they’re about 11 or 12 years old, depending on size.

Make sure to read the manufacturer’s instructions as well as vehicle owner’s manual to ensure that the car seat is properly installed and that the belts are appropriately positioned over the child’s body.

Never leave a child in a car alone – not even for one minute or a few seconds. This includes not leaving kids alone even near a vehicle — ever. Facts are that young children are most at risk of being killed in back-over crashes because it is hard to spot them when they’re close to the vehicle.

Be Predictable. It is important to avoid sudden stops and keep lane changes to a minimum — always using turn signals, checking rearview and side mirrors, as well as an over-the-shoulder visual check to ensure that there are no vehicles in the blind spot (in advance of a lane change).

Heed Yellow Lights and Speed Limits. A yellow signal light does not mean speed up and bust through an intersection before the light turns red. It is meant to notify drivers to slow down and prepare to stop.

Speed limits are not a suggestion, meant for personal discretion, they are the law and are carefully selected to maximize safety for all drivers and passengers and the community.

Impaired Driving. Impaired driving is dangerous. It’s the cause of more than half of all car crashes. It means operating a motor vehicle while you are affected by

For your safety and the safety of others, do not drive while impaired. Have someone else drive you or take public or other transportation when you cannot drive.

Be Aware of Drowsiness, Sleepiness or Fatigue. While there is no test to confirm that you are drowsy, some signs include: difficulty focusing; frequent blinking; daydreaming; yawning; drifting; or feeling restless, irritable or simply, sleepy.

To prevent driving while drowsy, ensure you get a good night of sleep; schedule regular stops; avoid medications that can sedate you; or drive with an adult companion.

If you experience drowsiness, pull over into a safe location and take a 15-20 minute nap and consider drinking a cup or two of coffee or other caffeinated beverage.

Studies have shown that drivers don’t fall asleep without warning. Drivers who fall asleep at the wheel have often tried to fight off drowsiness by opening a window, or by turning up the radio. This doesn’t work for long.  Remember, the only real cure for sleepiness is proper sleep.  Please keep in mind that a caffeinated drink or a nap is a short-term solution that will only allow you to keep driving for a short time.

Timely, Proper Vehicle Maintenance. Ensure that you perform scheduled vehicle maintenance, your tires are properly inflated, necessary fluids are sufficient, and your front and rearview lights are working.

Being a safe driver means being both physically and mentally prepared to drive.  Plan where you’re going ahead of time and tune into a local media source to be well informed about weather and road conditions or traffic activity on your route. Enjoy!! 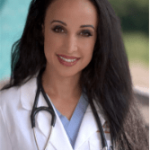 Suffering From Another UTI? Ask Your Doctor These Questions

Cold Weather: Dangers That Increase in the Winter