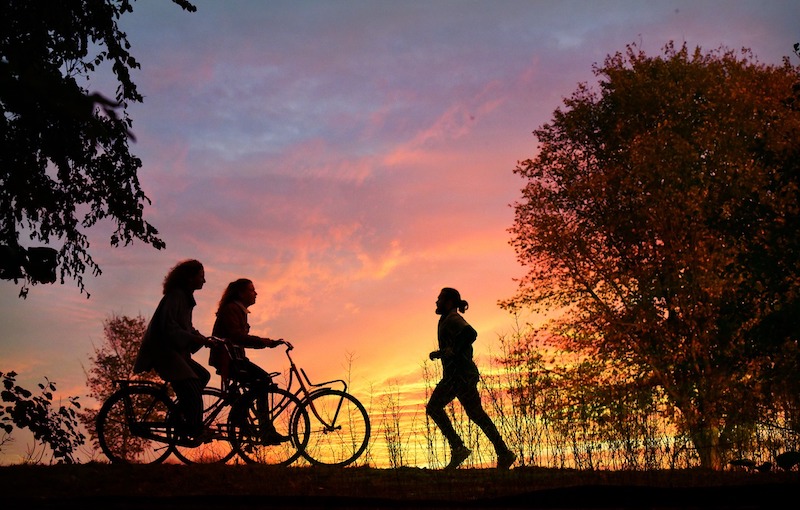 Knees, feet, hips… Minor aches and pains and the threat of a serious, disabling injury plague runners of all ages and at all levels.

“We see runners all the time who have had occasional discomfort in a knee,” says physical therapist John Fulton of Armonk Physical Therapy and Sports Training. “They take a couple of logical steps – scale back their runs, try icing, stretching, maybe new shoes – but the knee doesn’t improve and sometimes gets worse. The problem may be that the root cause of their discomfort is injury or weakness in the gluteus medius and the pain won’t be alleviated until that is corrected.”

Three gluteal muscles make up the buttocks. When walking or running, the gluteus maximus, the largest of the gluteal muscles, moves the hips and thighs. The gluteus medius, a broad muscle located on the outer surface of the pelvis, and the gluteus minimus, the smallest of the three, act as abductors, meaning they move the leg away from the body. They also stabilize the pelvis when the runner’s foot hits the ground.

“There is more than one way in which the gluteus medius can cause problems for a runner,” says Fulton. “It can become inflamed causing pain in the hip or it can develop small contractures that shorten the muscle and make it less flexible, sending pain down the outside of the leg to the knee, shin and ankle.”
The gluteus medius causes further problems for the runner when it becomes weak or fatigued.

“We’ve learned that some of the most common running injuries can be traced to weakness in the gluteus medius,” says Fulton. “Problems like patellofemoral pain syndrome, also known as ‘runner’s knee,’ iliotibial band syndrome, Achilles tendonitis, and lower back pain can be triggered by an inadequately functioning gluteus medius. When the gluteus medius isn’t providing proper stabilization, muscles that weren’t designed for that task pick up the slack, eventually causing discomfort that compels the runner to adjust his or her stride, leading to poor mechanics and vulnerability to a wide range of injuries.”

Strengthening the gluteus medius can improve a runner’s performance and, even more important, is key to preventing injury. Fulton makes the following recommendations:

“We find that many injuries to the pelvis and lower limbs can be treated by strengthening the gluteus medius,” says Mr. Fulton. “And doing so will not only help prevent further injuries, improved pelvic stabilization will enable proper gait and improve performance. Strengthening the butt is one of the most important things a runner can do.”
John Fulton, PT, takes great pride in restoring athletes to optimum physical condition and getting them back in the game as soon as possible.

Exercise Boredom? Tips to Hit Refresh on Your Fitness Routine

How to Stay Safe When Exercising Outside This Summer